Homage Pours In For Karunanidhi At Chennai's Marina Beach

The 94-year-old veteran politician and five-time Tamil Nadu Chief Minister, Karunanidhi died on the evening of August 7 at a private hospital. 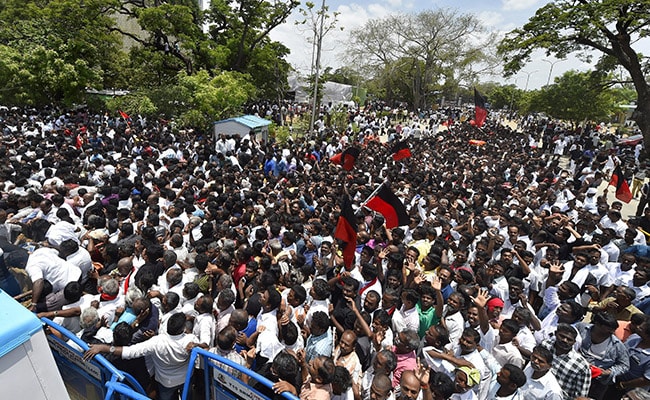 M Karunanidhi, a towering figure in Tamil Nadu politics, was given a state funeral. (File)

DMK cadres and the general public continued to pay their homage to DMK President and former Chief Minister M. Karunanidhi at Marina Beach where he was buried on Wednesday evening.

The 94-year-old veteran politician and five-time Tamil Nadu Chief Minister, Karunanidhi died on the evening of August 7 at a private hospital.

He was buried near his mentor, party founder and former Chief Minister C.N. Annadurai''s memorial on the sea front.

The massive crowd, which came for his funeral on Wednesday evening, paid their tributes to Karunanidhi ignoring the slight rain.