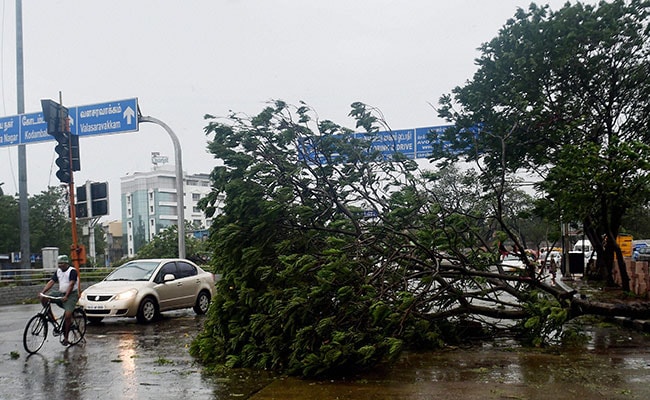 Chennai: A day after Cyclone Vardah wreaked havoc in Chennai, Chief Minister O Panneerselvam wrote to Prime Minister Narendra Modi, asking for an immediate release of Rs 1,000 crore from National Disaster Response Fund for relief and reconstruction work in the state. In Tamil Nadu, the cyclone cost 16 lives, wrecked 7,000 houses, power infrastructure and felled thousands of trees. Nearly 14,000 people had to be evacuated to higher areas. This morning the cyclone weakened into a depression and caused heavy rain in interior Tamil Nadu, Karnataka and north Kerala.