TRVS Ramesh, the DMK Lok Sabha MP representing Cuddalore constituency, had on Monday surrendered before a court in connection with the case. 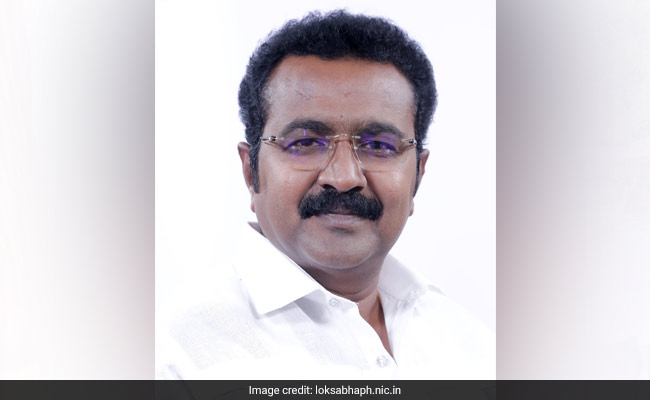 A local court in Tamil Nadu's Cuddabore on Wednesday granted one day police custody of DMK MP TRVS Ramesh, booked in a murder case by the CB-CID.

TRVS Ramesh, the DMK Lok Sabha MP representing Cuddalore constituency, had on Monday surrendered before a court in connection with the case.

The MP has been named in a case in the alleged murder of Govindarasu, an employee in his cashew unit off Panruti in this district.

Already, five men, including TRVS Ramesh's assistant have been arrested in connection with the worker's alleged murder last month.

TRVS Ramesh had been charged under various sections of the IPC including murder, wrongful restraint and conspiracy and for causing disappearance of evidence and the CB-CID is probing the case.

Govindarasu, a PMK office-bearer, had been working in the cashew unit owned by Ramesh in Cuddalore district for the past about seven years.

The cashew nut unit management had claimed that "Govindarasu died by suicide" and initially police probed it as a "death under suspicious circumstances". Later, the case was taken up by the CB-CID and the issue also went to the Madras High Court.