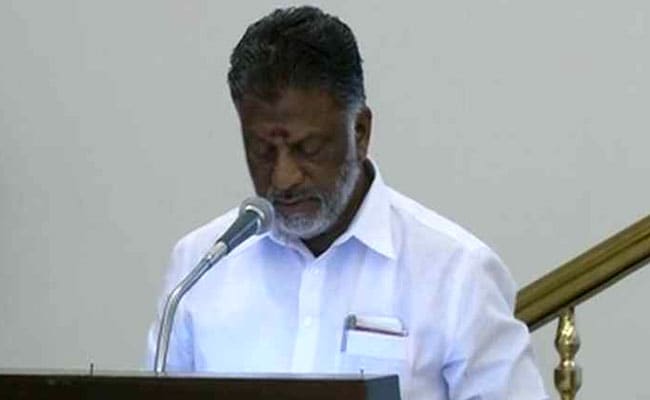 O Panneerselvam had met PM Modi, who extended his support to Tamil Nadu on Jallikattu.


Anti-Social Elements Infiltrated Jallikattu Protests: PanneerselvamHe promised that the "evil forces" behind the violence here on Monday would be identified and brought to book. Panneerselvam said following the police announcement early on January 23, asking the protesters to leave the Marina beach, about 10,000 of them had dispersed while about 2,000 stayed back.

"Various organisations and anti-social elements had infiltrated the pro-jallikattu protests (at Marina) with the intention of diverting it," he said.

Making a detailed statement in the Assembly after Opposition Leader MK Stalin sought his explanation over the police lathicharge on protesters here on Monday, Panneerselvam said the cops had received information that some of the protesters wanted to prolong the stir till Republic Day.

He said those belonging to such organisations "wanted to show black flags and create problems" on January 26.

"Some even raised separate Tamil Nadu demands and there is photographic proof of some holding pictures of Osama Bin Laden with accompanying Boycott Republic Day slogans," he said.

Even during the violence, which he blamed on "anti-national, anti-social elements, besides miscreants", the police used "minimum force" to disperse the "unlawful" persons and safeguarded public life and property, the chief minister said and assured the House that the "evil forces" behind the violence would be identified and action taken against them.

Quite a few policemen sustained injuries while many police vehicles were also damaged by the miscreants during Monday's violence, Panneerselvam said.

The chief minister, who said the jallikattu ban wa implemented in 2011 during the days of the UPA, in which the DMK was a constituent, also recalled the sustained efforts of his predecessor, late J Jayalalithaa, and himself for the conduct of the bull-taming sport in the state.

Promoted
Listen to the latest songs, only on JioSaavn.com
He also explained in detail the circumstances leading to the state government issuing an ordinance last week, following his meeting with Prime Minister Narendra Modi during which the latter promised the Centre's support to the state's legal endeavours on the issue.