Within 2 Hours Of Birth, Surat Girl Has All Her Official Documents Ready

Born on December 12, the new-born girl from Gujarat became the youngest Indian child to get enrolled for Aadhaar, ration card and passport within two hours of her birth. 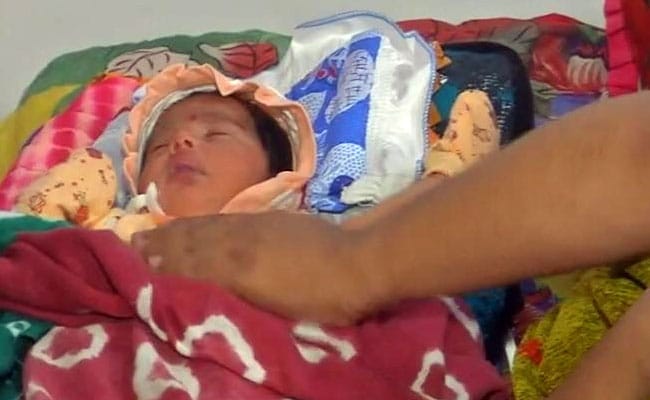 Ramaiya received first gift from her parents - her official documents.

Hours after being born, Ramaiya received first gift from her parents - her official documents. Born on December 12, the new-born girl from Gujarat's Surat became the youngest Indian child to get enrolled for Aadhaar, ration card and passport within two hours of her birth.

Ramaiya's father Ankit Nagarani had dreamt of linking his baby to PM Modi's digital India initiatives and wanted her to be the first girl in India to have all her official documents in place.

"With the help of authorities, I was able to succeed in accomplishing my dream. I hope my daughter would be proud of the fact that she adopted digital India right from her birth," Mr Nagarani told news agency ANI.

Her mother Bhumi Nagarani said they were prepared to do this and had made arrangements in advance. First the birth certificate was made, then rest of her documents followed, she said.

Earlier in April, Saachi's parents from Maharashtra enrolled their newborn daughter for Aadhaar within 1.48 minutes of her birth, setting a new record.