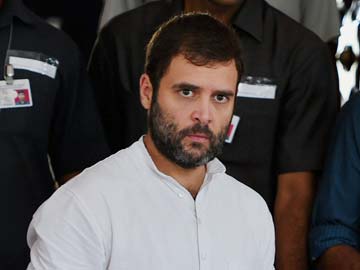 New Delhi: Congress vice president Rahul Gandhi on Thursday expressed his condolences to the families of the 19 school children who were killed when a train rammed into their school bus at an unmanned level crossing in Telangana.

"My deepest condolences to the families of those who lost children in the terrible accident in Medak," Mr Gandhi said in a statement.

He also appealed for making road and rail safety a "priority".

Promoted
Listen to the latest songs, only on JioSaavn.com
"We must make rail and road safety a priority to ensure that such accidents do not take place and innocent lives are not lost," Mr Gandhi said.

At least 19 students were killed and some 20 other children injured when the bus of a private school was rammed by a train at Masayipet, about 70 km from Hyderabad.