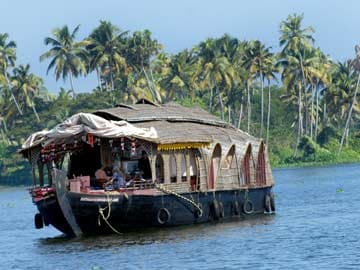 Kerala also picked up the "Best Indian State" prize at the awards presented by the Travel + Leisure South Asia magazine for the world's top tourism and travel destinations and services.

The awards were presented by Portugal's ambassador to India Jorge Roza de Oliveira in New Delhi on Monday.

In its third year, India's Best Awards are given on the basis of an online readers' poll conducted over five months.

In January, Kerala Tourism had won the UN World Tourism Organisation's (UNWTO) Ulysses Prize for sustainable tourism, the first such prize for an Indian tourism board.

Kerala had also won four top prizes at the National Tourism Awards for 2012-13.

"It is a significant award for Kerala because we are committed to preserving nature and respecting our cultural heritage and local communities," said Kerala Tourism Minister A.P. Anil Kumar.

Promoted
Listen to the latest songs, only on JioSaavn.com
"'Responsible Tourism' is the guiding philosophy and policy of Kerala Tourism," said Kerala Tourism Secretary Suman Billa, who received the two awards.