The Chief Minister said a separate secretariat would be set up for the development of Kalyana Karnataka. 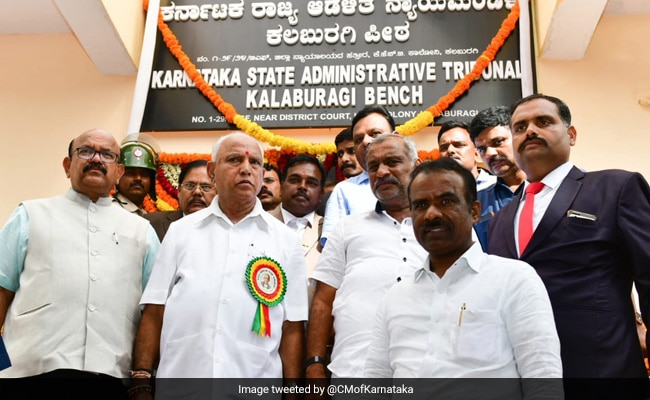 Karnataka Chief Minister BS Yediyurappa made the announcement at Kalaburagi.

In a bid to Fulfill a long standing demand of the people of Hyderabad-Karnataka region, Chief Minister BS Yediyurappa on Tuesday announced that it has been renamed as ''Kalyana Karnataka'' and a separate secretariat would be established for its development.

Karnataka Chief Minister BS Yediyurappa made the announcement at Kalaburagi.

The Chief Minister said a separate secretariat would be set up for the development of Kalyana Karnataka, through which funds would be released for developmental work All other formalities relating to the renaming would follow in consultation with the centre, he said.

Assuring more funds for the all round development of the Kalyana Karnataka region, Mr Yediyurappa said there may be financial issues this time due to floods in several parts of the state, but more funds would be allocated for development in the next budget.

The announcement was made by the Chief Minister ahead of hosting of the national flag in Kalaburagi on the occasion of commemoration of "Hyderabad-Karnataka Liberation Day" on Tuesday.

The region was under the Nizams of Hyderabad even after independence as the last Nizam, Mir Osman Ali Khan Bahadur, refused to annex his kingdom to the Indian Union.

On September 17, 1948 he merged with the Union of India after Police Action under the leadership of India's first Home Minister Sardar Vallabhbhai Patel, which forced the Nizam and his army to surrender.

The name Kalya comes from the Kingdom of Kalyana, which was the epicenter of Sharana movement and Vachana Sahitaya preached and followed by several social reformers, including Basvanna.