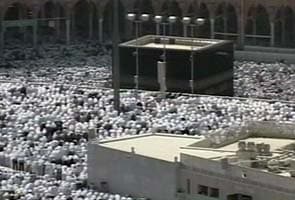 The SIM cards would be distributed with the help of the Saudi Arabia government and it will carry contact numbers of all the members of Haj Committee of India and also official numbers in Mecca besides emergency services and hospitals that would help the pilgrims in need, he said yesterday.

The SIM cards would be distributed only for pilgrims who proceed for Haj through the government and it would not be distributed to Muslims coming through private agents, he said.

Promoted
Listen to the latest songs, only on JioSaavn.com
In Tamil Nadu, the committee would distribute 3,315 SIM cards to Muslims who were selected for Haj pilgrimage.

Singer SP Balasubrahmanyam Continues To Be On Life Support, But Stable: Chennai Hospital