Film on Veerappan has to be approved by 'Nakheeran' editor: Court 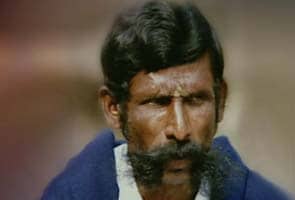 Chennai: A local court has asked the producers of Tamil film 'Vana Yudham' and its Kannada version 'Attagasam', depicting the life of slain forest brigand Veerappan, to screen the film only after the approval of Tamil bi-weekly 'Nakheeran' editor Gopal.

The XVII Assistant Judge of the City Civil Court granted the interim injunction till April 17 on an application by Gopal.

The editor submitted that he had come across a news item that the films on the life of Veerappan, who was shot dead by the Tamil Nadu Special Task Force in October 2004, had been made by film-maker and producer AMR Ramesh of Bangalore and two other producers.

Contending that the films were scheduled for release in the first week of May, Gopal claimed that he had made five trips to the forest, where the sandalwood smuggler was in hiding, and due to his efforts the life of Kannada actor late Dr Rajkumar, who was kidnapped, was saved.

Gopal said without his role, no film about the brigand's kidnappings, surrender talks and his way of life in the forest could be made.

Promoted
Listen to the latest songs, only on JioSaavn.com
Stating that the producers had not contacted him for his version on the role he played as an emissary, Gopal alleged that according to reliable information, his image had been tarnished in the movies and he was apprehensive that his character would be spoiled by the films.

The Judge said the petitioner had made out a prima facie case for grant of the injunction.