Chennai: The rain petered down in Chennai late on Monday evening, hours after Cyclone Vardah hit the Tamil Nadu coast, making landfall about 15 km away from the capital. The cyclone struck land with a wind speed of 120 and 130 kmph, bringing with it heavy rain that lashed the coast in Tamil Nadu and neighbour Andhra Pradesh all through Monday. Nearly 20,000 people have been evacuated from low areas and ten people have died. Schools and colleges in Chennai, Kanchipuram and Tiruvallur will remain closed on Tuesday. 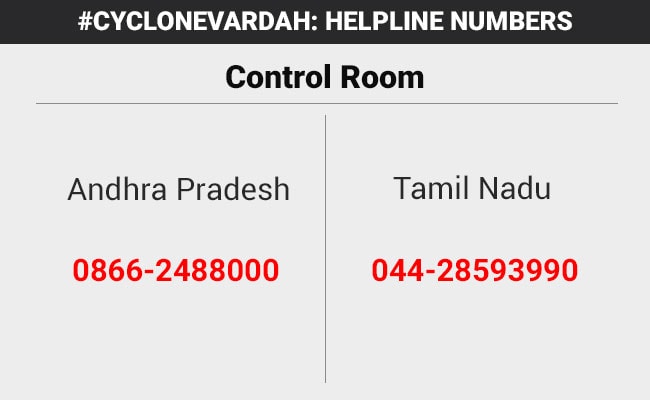