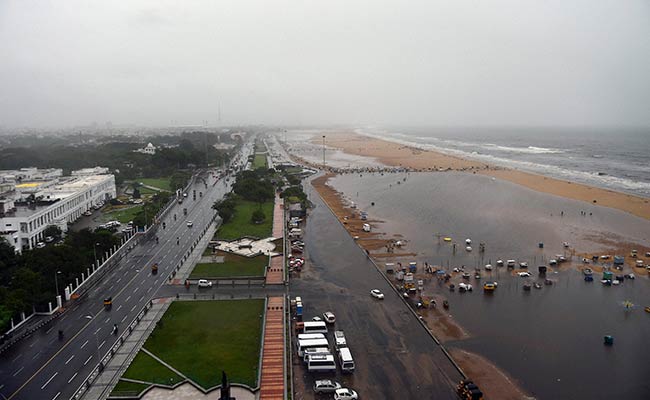 "It is very likely to cross north Tamil Nadu and south Andhra Pradesh coasts, close to Chennai as a  cyclonic storm with a wind speed of 80 to 90 kmph gusting to 100 kmph by 12th December 2016 afternoon," it said.

Heavy rains lashed Chennai, Tiruvallore and Kancheepuram districts since early morning even as squally winds were witnessed in these districts. Power supply was suspended in many parts of these regions as a precautionary measure.

The armed forces have been asked to be on standby with the army, navy and air force prepared to be deployed anytime as and when required.

Promoted
Listen to the latest songs, only on JioSaavn.com
People in low-lying areas have been asked to move to safer zones even as various arms of the government were prepared to meet any eventuality.

Flight operations were hit at Chennai airport. According to reports, 15 flights were cancelled, 25 flights were diverted; 9 incoming flights delayed.