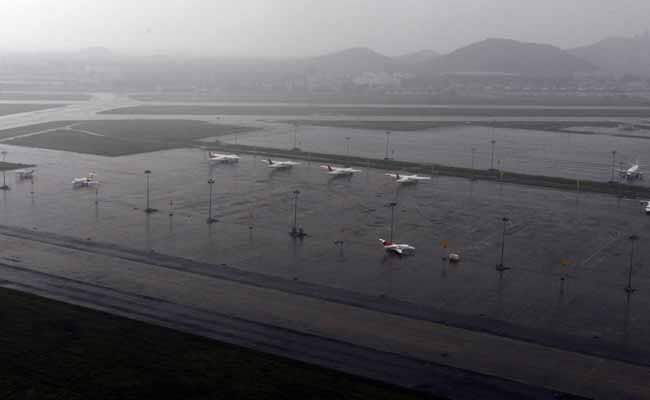 Chennai: Rail and flight services in Chennai were affected by heavy rain and strong winds that lashed the city and other coastal areas of Tamil Nadu due to cyclone Vardah, officials said.

Around 25 incoming flights, including those from international destinations, were diverted to the nearby Hyderabad and Bangalore airports due to strong winds and poor visibility, airport officials said.

Nearly 25 outbound flights were delayed, officials said, adding that there was no inundation of the runway despite heavy rains.

An emergency management team was on standby to meet any eventuality, they said.

Promoted
Listen to the latest songs, only on JioSaavn.com
The Southern Railway meanwhile, announced suspension of services on the Chennai Beach and Velacherry MRTS route.

Similarly suburban rail services on the MMC-Gummidipoondi line were also suspended until further notice. Some passenger trains coming to Chennai and leaving the city were also diverted.

Watch: Bengaluru Building Tilts, Sways And Is Then Demolished