Partial Solar Eclipse December 2019: A solar eclipse occurs when the Moon passes between Earth and the Sun, thereby totally or partly obscuring the Sun for a viewer on Earth. 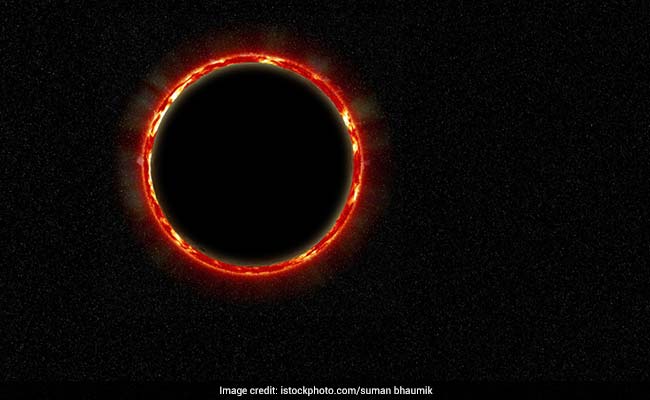 Solar Eclipse 26 December 2019: A solar eclipse occurs when the Moon passes between Earth and the Sun

When the annular solar eclipse takes place on December 26, sky-watchers should use safe viewing equipment and proper techniques to view the celestial event as the infrared and ultraviolet rays of the Sun can cause severe retinal damage, a senior astronomer has said.

A solar eclipse occurs when the Moon passes between Earth and the Sun, thereby totally or partly obscuring the Sun for a viewer on Earth.

An annular solar eclipse takes place when the moon's apparent diameter is smaller than that of the sun's and it blocks most of the sun's light. This causes the sun to look like a ring (annulus) of fire, Debiprosad Duari, the Director, Research and Academic of MP Birla Institute of Fundamental Research, MP Birla Planetarium, said.

Partial phases of the solar eclipse will be visible from all over the country in varying magnitude depending upon the geographical position.

One should not look directly to the Sun for even a little period without proper protection. Even when 99 per cent of the surface of the Sun is covered by the moon during partial eclipse, the remaining light is still intense enough to damage the eye, Mr Duari told PTI.

Proper solar filters with certified appropriate optical density against radiation, which are safe to the eyes, should be used in front optical devices and the naked eye, he said.

Aluminised mylar films of approved thickness and transmissivity coated with black polymer are the safest for use in solar goggles that one generally uses for eclipse viewing, he said.

Welders' glass, 'number 14', is a safe material to be used as solar filter, the researcher said.

According to him, the best method to view the solar eclipse will be to use a pinhole camera or a telescopic projection on a suitable surface.