Earth Hit By More Asteroids Since Time Of Dinosaurs: Scientists

Researchers believe both bodies are hit in the same proportion over time. According to scientists, the Moon is immune to processes like plate tectonics that gradually destroy the Earth's craters 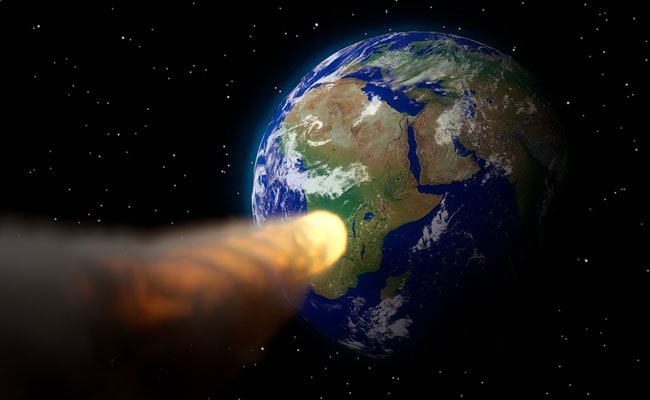 According to a new study, the number of asteroids colliding with the Earth and Moon has increased by up to three times over the past 290 million years.

The study, published in Science, is based on a major study involving the University of Southampton.

Scientists have, for decades, tried to understand the rate that asteroids hit the Earth. They have usually done so by studying the craters and dating the rocks around them. However, the problem with doing this is that many experts assumed that the earliest craters have worn away due to erosion and other geological processes.

The study found that we can learn a lot about the impact history on Earth by studying the Moon.

Researchers believe both bodies are hit in the same proportion over time. Furthermore, according to scientists, the Moon is immune to processes like plate tectonics that gradually destroy the Earth's craters.

William Bottke, an asteroid expert at the Southwest Research Institute in Boulder, Colorado, said, "The only obstacle to doing this has been finding an accurate way to date large craters on the Moon."

Team studied surface of the Moon using thermal data and images collected by Nasa's Lunar Reconnaissance Orbiter (LRO), to determine the ages of the lunar caters. The Nasa spacecraft's thermal radiometer showed scientists how heat is being radiated off the Moon's surface, with larger rocks giving off more heat than finer lunar soil.

Paper co-author Rebecca Ghent, calculated the rate at which Moon rocks break down into soil, and revealed a relationship between the amount of large rocks near a crater and the crater's age. Using Ghent's technique, the team compiled the ages of all lunar craters younger than about a billion years.

According to the scientists, younger craters tend to be covered by more boulders and rocks than older craters. This happens because the boulders ejected by an asteroid strike get ground down over hundreds of millions of years by a constant rain of tiny meteorites.

On comparing the ages and numbers of craters on the Moon to those on Earth, they made the remarkable discovery that they are extremely similar, challenging the idea that Earth had lost so many craters. "This means that the Earth has fewer older craters on its most stable regions not because of erosion, but because the impact rate was lower prior to 290 million years ago," said Bottke.