The H-2B rocket lifted off at 1:05 am local time (1605 GMT Tuesday) with cargo vessel Kounotori8, Mitsubishi Heavy Industries said on its website. 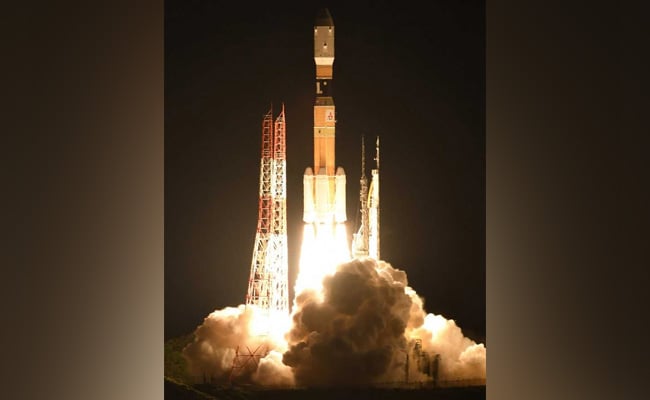 Kounotori8 spacecraft intends to deliver about 5.3 tonnes of supplies to astronauts at the ISS

Japan on Wednesday launched an unmanned spacecraft towards the International Space Station, the operator said, after a fire early this month delayed the mission.

The H-2B rocket lifted off at 1:05 am local time (1605 GMT Tuesday) with cargo vessel Kounotori8, Mitsubishi Heavy Industries said on its website.

"As planned, the payload separated from the launch vehicle" about 15 minutes later, Mitsubishi Heavy said.

A pre-dawn fire on September 11 delayed the launch from Tanegashima island.

Public broadcaster NHK cited Mitsubishi Heavy as saying the fire was likely ignited by static electricity generated when liquid oxygen from the rocket came into contact with heat-resistant material on the launchpad.

The material was covered with aluminum sheets to prevent a recurrence, NHK said.

Kounotori8, meaning "white stork" in Japanese, intends to deliver about 5.3 tonnes of supplies to astronauts at the ISS, including fresh food and water as well as batteries and devices needed for experiments.

In a promotional movie on its website Japan's space agency, JAXA, touts the Kounotori8 as "the world's biggest transport space ship".

Japan has launched other cargo missions to the ISS over the past decade.

(Except for the headline, this story has not been edited by NDTV staff and is published from a syndicated feed.)
Comments
Japan Space AgencyJapan Spacecraft Kounotori8International Space Station