Read inOther Languages
This Article is From Jun 26, 2019

Total Solar Eclipse In A 6,000-Mile Path Next Week, Won't Be Easy To See

Next Tuesday, Earth will again find itself the backdrop of the moon's shadow, but this time, basking in the lunar umbra won't be so easy. 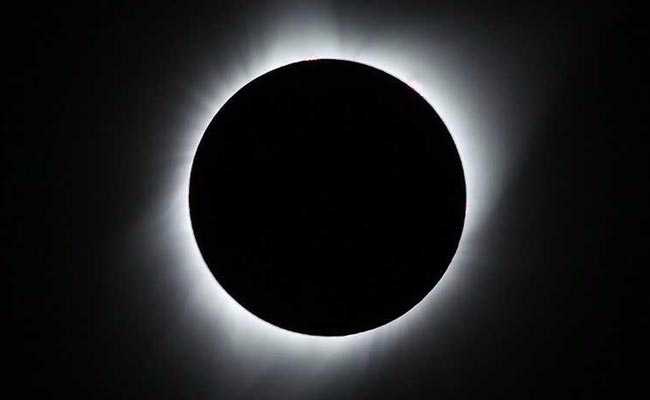 It's been nearly two years since the "Great American Eclipse." Millions crammed into a 70-mile wide path of totality stretching from coast to coast, where the moon blotted out the sun to usher in a spontaneous nightfall. It was a planetary cavalcade unlike anything most had seen.

Next Tuesday, Earth will again find itself the backdrop of the moon's shadow, but this time, basking in the lunar umbra won't be so easy. Though the path of totality spans 6,000 miles, most of it is over the remote South Pacific. Only a narrow zone in Chile and Argentina will witness totality before sunset - weather permitting.

This time around will be a higher-stakes but higher-reward event. It's winter in the southern hemisphere, and Mother Nature's caprice manifests itself in the chaotic conditions of the Andes Mountains. La Serena - a coastal city of 200,000 about 250 miles north of Santiago and the first community to be plunged into darkness - is frequently buried beneath a deck of marine stratus clouds.

Making matters more complicated is the low elevation of the sun. Since totality strikes at 4:38 p.m. - just one hour, 18 minutes before sunset - the solar disk will hover a mere 13 degrees above the northwest horizon as the moon intercepts its light. That means even distant clouds could spoil the show. During the 2017 eclipse, the sun was 60 degrees high, so the only clouds that mattered were the those directly above. The eclipse in Chile will be much trickier.

The eclipse also could boost cloud cover near the coast. As incoming light drops and temperatures fall, an "inversion" will strengthen as the ground cools faster than the air. That will speed up the production of ocean stratus clouds even more.

There is the option to go inland in hopes of escaping the pesky marine layer, but that would be no easy feat. Only one major road - Route 41, partially paved and largely dirt - snakes its way inward within the path of totality. The addition of hundreds of thousands of astrotourists will bring traffic like never before, meaning anyone hoping to spot the eclipse needs to be in position by lunchtime. And that late in the day, many viewing locations will be shadowed by mountains and hills, making finding an unobstructed viewing location all the more challenging.

Amid all the hurdles though, the payoff of this eclipse will be worth it. The reason? It has to do with the shape and speed of the moon's umbra, the dark center portion of its shadow.

Since the eclipse occurs within an hour-and-a-half of sunset, the corona will appear tinged in a splendid amber shade. The corona is the sun's atmosphere, and the only time us earth-dwellers can bask in its glory is during a solar eclipse. (For those who haven't seen it, no picture nor words can describe it. You have to see it to understand why people fly 10,000 miles for something that lasts two-and-a-half minutes.)

Because of the low sun angle, the umbra will be longer. It's like how your shadows lengthen as the day wears on. That will push the 360-degree sunrise effect farther down toward the horizon, darkening the skies directly above and allowing more stars to shine than in 2017. Chile is known for having little light pollution, and with many towns escaping the "thick air" near the ground at elevations of 10,000 feet or more, the eclipsed sky will be even more spectacular.

Chile's characteristically dark skies make it a utopia for astronomers. Some of the best observatories in the world - like the La Silla or Gemini South observatories - are in the path of totality.

The shadow also will move in faster than during 2017, heightening the experience of sudden nightfall. And with an eclipsed sun close to the horizon, it will be possible to line up epic shots of ground features with the eclipse.

The 130-mile wide shadow will continue east at speeds topping 10,000 mph, arriving in the southern suburbs of Buenos Aires minutes before sunset. Anyone in Argentina's capital can drive 20 minutes south to watch the eclipsed sun sink below the horizon.

Within a couple weeks of the eclipse, it's also possible to predict the shape of the corona. Due to a lack of sunspots and a quiet time in the solar cycle, the corona won't be quite as dynamic as last time - but an elegant double-petal pattern should still gracefully emerge.

This will mark the second of three total solar eclipses in Chile and Argentina this decade. The next - on Dec. 14, 2020 - will pass over Chile's highly scenic lakes region before swooping east into Argentina. And an added bonus? It will occur during the midst of the Geminid Meteor Shower, meaning the darkened midday sky will feature a spattering of shooting stars.

Here in the U.S., we only have to wait five more years: The next total solar eclipse will occur on April 8, 2024.