Dawn can no longer keep its antennas trained on Earth to communicate with mission control or turn its solar panels to the Sun to recharge. 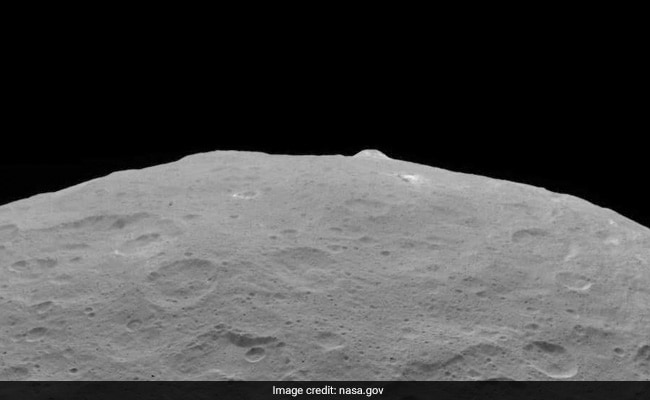 NASA's Dawn spacecraft has gone silent, ending an 11-year-old historic mission to explore the two largest bodies in the main asteroid belt, Vesta and Ceres, the US space agency said.

After the flight team eliminated other possible causes for the missed communications, mission managers concluded that the spacecraft finally ran out of hydrazine, the fuel which keeps the spacecraft oriented and in communication with Earth, NASA said in a statement late on Thursday.

"Today, we celebrate the end of our Dawn mission - its incredible technical achievements, the vital science it gave us, and the entire team who enabled the spacecraft to make these discoveries," said Thomas Zurbuchen, associate administrator of NASA's Science Mission Directorate in Washington.

"The astounding images and data that Dawn collected from Vesta and Ceres are critical to understanding the history and evolution of our solar system," Zurbuchen added.

Dawn can no longer keep its antennas trained on Earth to communicate with mission control or turn its solar panels to the Sun to recharge.

Currently, it's in orbit around the dwarf planet Ceres, where it will remain for decades, NASA said.

Launched in 2007, Dawn accomplished a journey propelled by ion engines that put about 4.3 billion miles (6.9 billion km) on its odometer.

In 2011, Dawn became the first to orbit a body in the region between Mars and Jupiter when the spacecraft arrived at Vesta, the second largest world in the main asteroid belt.

In 2015, Dawn became the first to visit a dwarf planet and go into orbit around two destinations beyond Earth.

It went into orbit around Ceres, a dwarf planet that is also the largest world in the asteroid belt.

"The demands we put on Dawn were tremendous, but it met the challenge every time. It's hard to say goodbye to this amazing spaceship, but it's time," said Marc Rayman, Mission Director and Chief Engineer at NASA's Jet Propulsion Laboratory (JPL).