100 Years Ago A Solar Eclipse Made Albert Einstein Famous

The event helped verify Albert Einstein's General Theory of Relativity which underpins critical modern technologies such as the satellite-based GPS. 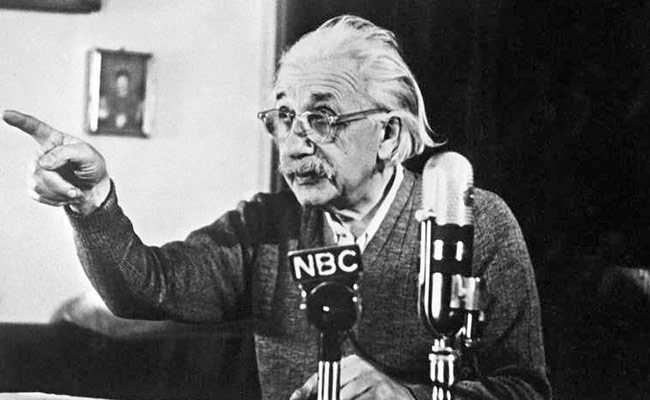 A century ago, a few adventurous astronomers pointed their telescopes at the skies, observing one of the most famous solar eclipses that helped transform our understanding of the universe forever.

The theory is essential for the correct operation of GPS systems, which in turn are relied on in many common applications including vehicle satellite navigation (SatNav) systems, weather forecasting, and disaster relief and emergency services.

"This observation not only confirmed a fundamental theory of nature, and enhanced our understanding of nature in a great way, but also showed the genius of Einstein," Sudip Bhattacharyya, Associate Professor at Tata Institute of Fundamental Research (TIFR) in Mumbai told news agency Press Trust of India.

"It was as if, he said something bizarre, made an outlandish theory, and the nature was obliged to obey it!" Mr Bhattacharyya said.

However, the world had to wait decades before the applications of such a blue skies result could be realised.

On May 29, 1919, Astronomer Sir Arthur Eddington verified Einstein's theory by observing the apparent deflection of stars from their normal positions during a solar eclipse.

This happens because, according to Einstein's theory, the path of light is bent by gravity when it travels close to a massive object like our Sun.

This effect is measurable during a solar eclipse, when the Sun's light is blocked by the Moon.

At such times, the light from the background stars closest to the edge of the Sun is bent, and so these stars appear to be in slightly different positions compared to when they are observed at other times.

"A century ago astronomers confirmed the general theory of relativity -- in the process transforming our understanding of the universe forever," said Professor Mike Cruise, President of the Royal Astronomical Society.

"The work of Einstein and Eddington is an amazing example of international collaboration in the aftermath of the first world war, and a visible demonstration of how science can overcome barriers in these turbulent times," Mr Cruise said.

The result was based on measurements taken by two UK-led expeditions, one to the island of Principe off the west coast of Africa, and the other to Sobral in Brazil.

Two sites were chosen to increase the chances of success, and to ensure good conditions for viewing the eclipse.

"The experiment redefined the way humanity evolved. It measured a very tiny effect which, however, was absolutely massive in its impact," Ayan Banerjee, associate professor at The Indian Institute of Science Education and Research (IISER), Kolkata told news agency PTI.

"This is both in terms of our understanding of nature, as well as the technology we live on these days. The seeds of the Google maps in our phones were sown by Eddington a hundred years back," Mr Banerjee said.

The expeditions were jointly funded by the Royal Astronomical Society (RAS), the Royal Society, and the Royal Irish Academy.

When the results were announced at a joint meeting of the RAS and Royal Society in November of the same year, it made Einstein world famous within days.

"It is quite rare in the history of science, that someone predicts so conspicuously unconventional, and it was confirmed by experiment or observation, that too in a matter of a few years," Mr Bhattacharyya said.

One hundred years later, scientists the world over are celebrating to mark the event.

The Royal Astronomical Society is hosting solar observing events at Burlington House in London this week, and the library will display historical images and documents related to the 1919 eclipse.

Other celebratory activities will be taking place in the UK, Portugal, Principe, Sobral and around the world.