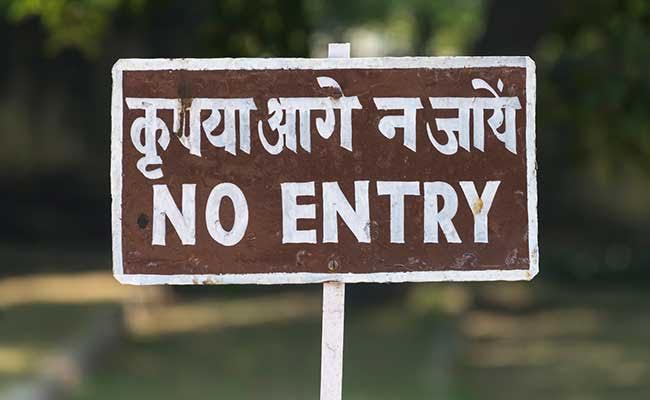 After the woman's daughter took up the matter with the spa, its management tendered an apology to her.

Pune: A 55-year-old woman from Pune was denied service at a well-known spa as she has vitiligo, a non-contagious condition that leads to white patches on skin.

Narrating her humiliating experience, the woman, a resident of Kalyaninagar, told Press Trust of India that on September 5, she went to the Koregaon Park-based spa for a massage session.

"At the outset, the staff at the spa was quite welcoming and did not show any restrain. When I went inside the therapy room and was lying on a bed with my face down, the therapist came inside and after seeing white patches on my hands and legs, she went back," the woman said.

When the therapist did not come back for almost 20 minutes, the woman decided to check and found the staff behaving a little strange.

"I was shocked when the management of the spa told me that the therapist has refused to serve me since I was having skin condition and even told me that it could be harmful.

"I was shocked and felt humiliated," she said adding that following an argument with the staff, she left the place.

The elderly woman said she has been living with the condition for last 40 years and except a similar incident during her school days, she never experienced the discrimination which she faced at the spa.

She said until this incident, she believed there was adequate awareness in the society about this health condition.

"However I was wrong as still there is a great need to spread awareness among people about the skin condition and explain to them that it is not contagious and people with this condition can live a normal public life," she said.

She appealed to people with such skin condition not to get dejected or disappointed if they face such an incident.

After the woman's daughter took up the matter with the spa, its management tendered an apology to her.

When contacted, the spa said that upon receiving the grievance, they tendered an apology to her immediately.

"What happened is unfortunate. It is our policy to offer therapies in case of non-infectious skin diseases. Accordingly, we train our therapists to offer therapies in cases of vitiligo. We regret this incident," it said. "A senior official from our team spoke to the guest on the same day and apologised for what happened. We have taken disciplinary action against the therapist in question," the spa's director said in a statement.

"We have also arranged for re-education and re-training to be done for all our spa teams to sensitise them and prevent any such incident in future," he added.

Promoted
Listen to the latest songs, only on JioSaavn.com
Vitiligo is a pigmentation disorder in which melanocytes (the cells that make pigment) in the skin are destroyed. As a result, white patches appear on the skin in different parts of the body and it is not contagious and can spread only genetically.