Mrinal Sen, who believed cinema was not merely a medium of entertainment but could be used to enlighten and educate the masses, was an accidental filmmaker. 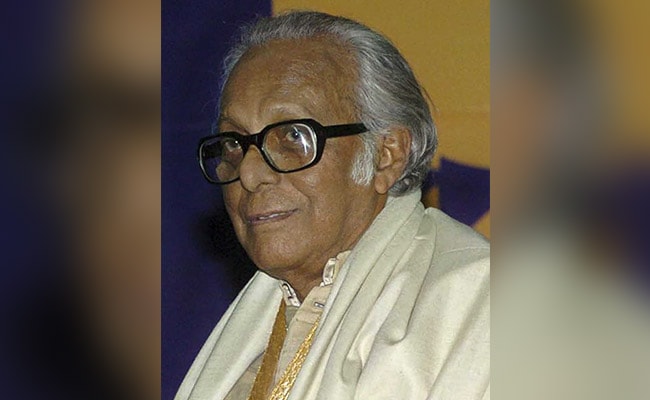 Mrinal Sen died on Sunday after a prolonged battle with age-related ailments at 95.

Legendary filmmaker Mrinal Sen had once said he never knew "where it all will end" but his desire to experiment remained unchanged over the years.

The veteran director -- the last of the triumvirate of directing icons, Satyajit Ray and Ritwik Ghatak -- had said what kept him going was the wish to make many more films.

Mrinal Sen, a Dadasaheb Phalke award-winning film director, died on Sunday after a prolonged battle with age-related ailments at 95.

His humanistic approach and vision in films such as Neel Akasher Neechey, Bhuvan Shome, Ek Din Achanak, Padatik and Mrigayaa made him the pioneer of a "new wave" in India.

Mrinal Sen, who believed cinema was not merely a medium of entertainment but could be used to enlighten and educate the masses, was an accidental filmmaker.

His interest in filmmaking piqued after he stumbled upon a book on film aesthetics. He then went to make over 30 features besides scripting and producing several films in 60 years of his career.

A Padma Bhushan recipient, Mrinal Sen, whose first film Raat Bhore in 1955 and subsequent Neel Akasher Neechey (1959) did not create much ripple, made his mark as a socially conscious filmmaker with 1960's Baishe Shravana.

The auteur had radicalised cinematography by his people-centric narrative.

His films Ek Din Achanak (1989), Mahaprithivi (1991) were not stridently anti-establishment, but posed bigger questions on societal values and system.

Oka Oori Katha (1977), the only Telugu film he had made, had brought to the fore the undercurrents of rural life. He gave Mithun Chakraborty his break in Mrigayaa.

His trilogy - Interview, Calcutta 71 and Padatik -  is considered to be a masterpiece for depicting the social and political upheaval in the Kolkata of the '70s.

Mrinal Sen, during one of his interviews with news agency PTI, had said that his work drains out almost all his energy.

"After I make a film, I feel like collapsing but then I wake up again," he had said during the shoot of his last film Amar Bhuvan (2002), which highlighted the issue of tolerance and pluralism in a segmented society.

Retrospectives of his films have been shown in many countries across the world. He had also received the French government's Commander of the Order of Arts and Letters award.

Born on May 14, 1923 in Faridpur, now in Bangladesh, Mrinal Sen was known for his pronouncedly pro-Left ideology.

Mrinal Sen also made feature films in Oriya language. He also has several documentaries to his credit.

Mrinal Sen was a member of the National Film Development Corporation (NFDC) and was chairman of Film and Television Institute of India (FTII).