Mrinal Sen, along with his contemporaries Satyajit Ray and Ritwik Ghatak, was considered a doyen of regional parallel cinema internationally. 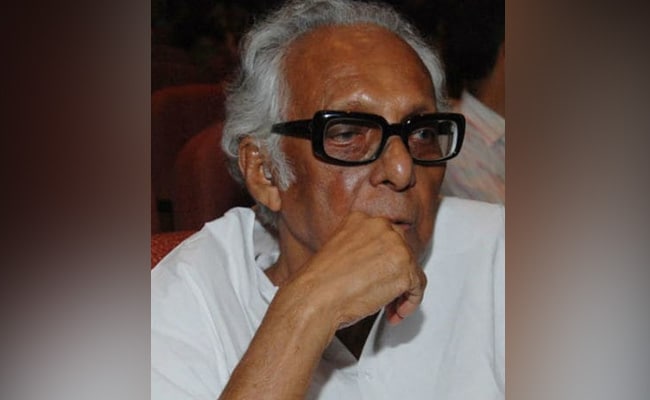 Legendary filmmaker Mrinal Sen, known for his contribution to Bengali parallel cinema, died today at his home in Kolkata. He was 95. He died at around 10:30 am due to age-related ailments.

He, along with his contemporaries Satyajit Ray and Ritwik Ghatak, was considered a doyen of regional parallel cinema internationally.

Mrinal Sen was born on May 14, 1923, in Faridpur, now in Bangladesh. He moved to Kolkata to study physics, but was drawn to film-making after reading a book on film aesthetics.

He made his debut as a filmmaker with a feature film, "Raat Bhore" in 1955, which starred Uttam Kumar. He is known for his acclaimed films like "Neel Akasher Neechey", "Baishey Sravan", "Bhuvan Shome" and "Akaler Sandhane".

Tributes for the icon have started pouring in on social media. President Ram Nath Kovind called his death a loss to world cinema.

Sad to learn of the passing of acclaimed film-maker Mrinal Sen. From Bhuvan Shome to the Calcutta trilogy, his penetrating and sensitive portrayal of social realities made him a fine chronicler of our times. A loss to Bengal, to India and to the world of cinema #PresidentKovind

Saddened at the passing away of Mrinal Sen. A great loss to the film industry. My condolences to his family

Mrinal Sen's passing away is a big loss not only to Cinema but to the world of Culture & India's civilisational values. Mrinal da radicalised Cinematography by his people-centric humanistic narrative. Deepest condolences. https://t.co/SXkwr5NQKf

Saddened by the demise of veteran filmmaker #MrinalSen.

From Bhuvan Shome to Mrigayaa, his films were beautiful depictions of social realities on the silver screen.

His passing away is the end of an era, and an irreparable loss for the Indian film industry.

Prosenjit Chatterjee said, "At the end of the year receiving news like demise of the legend Mrinal Sen saddens and shocks us. Mrinal jethu gave a new perspective to Indian cinema. It's a huge loss for all of us. May his soul rest in peace."