Dear Twitter, Mrinal Sen is 'Absolutely Fine' and Having Chai at Home 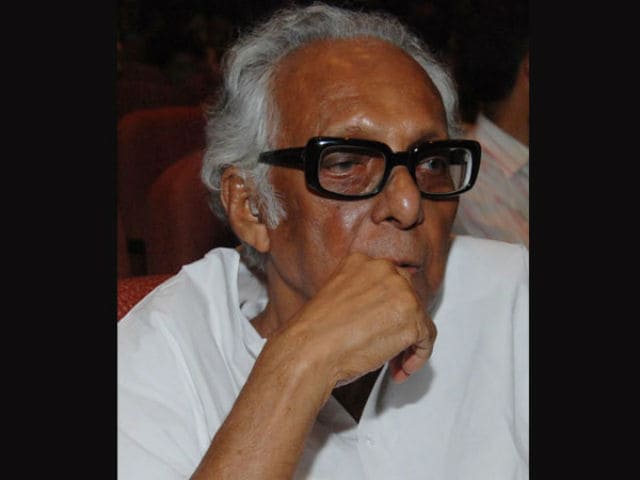 A file photo of Mrinal Sen.

News(passing away) is false, he is absolutely fine and having tea right now: Legendary filmmaker Mrinal Sen's family

Mr Sen was reported to have died on Wednesday by sections of the press.

Twitter also reacted almost immediately and among the mourners was The Hungry Tide author Amitav Ghosh.

Everyone can stop grieving now.

Mrinal Sen made his first feature film Raat Bhore in 1955, which starred Uttam Kumar. He is known for his films like Neel Akasher Neechey, Baishey Sravan, Bhuvan Shome and Akaler Sandhane. Mr Sen has won several National Awards and in 2005, he received the Dadasaheb Phalke Award, India's highest film honour.

Maaran First Look: Don't Mess With Dhanush Because "His Courage Is His Weapon"