The raven-haired actress, who died at the turn of the millennium at age 86, wrote in her memoirs that "any girl can be glamorous: all you have to do is stand still and look stupid." 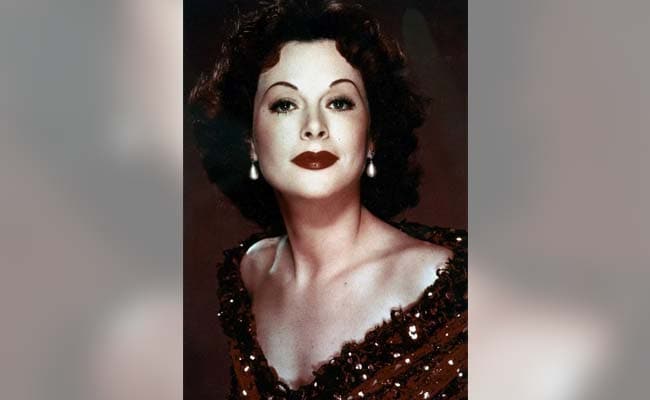 Hedy Lamarr never publicly talked about her life outside the movies. (AFP)

Los Angeles: Once proclaimed "the most beautiful woman in the world," Hedy Lamarr is remembered as the silver screen siren who scandalized show business in a 1930s nude scene.

The raven-haired actress, who died at the turn of the millennium at age 86, wrote in her memoirs that "any girl can be glamorous: all you have to do is stand still and look stupid."

In reality, as a new PBS documentary reveals, Lamarr's sultry beauty stood in the way of her getting the credit she deserved as an ingenious scientist and engineer whose inventions helped revolutionize modern communications.

Lamarr never publicly talked about her life outside the movies, and her family thought her story had died with her, but in 2016, never-before-heard tapes of the actress telling her own life story emerged.

"People have the idea that I'm sort of a stupid thing. I never knew I looked good to begin with, because my mother wanted a boy named Georg," she says on one of the tapes.

"Unfortunately I didn't become that and she wasn't too thrilled about it. I was different, I guess. Maybe I came from a different planet, who knows? But whatever it is, inventions are easy for me to do."

The film, co-executive produced by Oscar winner Susan Sarandon, attempts to shine a light on the atmosphere that created the disconnect between her brilliance and beauty.

An Austrian Jewish emigrant who invented a covert communications system to try to help defeat the Nazis, Lamarr was ignored and told to sell kisses for war bonds instead.

It was only toward the end of her life that tech pioneers discovered that it was her concept that is now used as the basis for secure WiFi, GPS and Bluetooth technologies.

In 2016, former Forbes journalist Fleming Meeks discovered several tapes of a 1990 phone interview with Lamarr, providing a rare insight into her private thoughts.

"Oh my God, she was the best-looking movie star that ever lived. She became my inspiration," veteran filmmaker Mel Brooks says in the documentary.

"I don't know whether it's true, but you hear things. I heard that she was a scientist."

Born in Vienna in 1913, Lamarr was an intuitive tinkerer as a child, always interested in mechanical things and an inveterate seeker of knowledge.

She won a few minor roles when, still going by her real name Edy Kiesler, she made a fleeting appearance without her clothes in the Czech film "Extase."

Pope Pius XI denounced the movie, Hitler banned it, and the offending scenes were excised from most European and American versions.

She married millionaire arms manufacturer Fritz Mandl, entertaining top businessmen and politicians including Mussolini and Hitler, but grew tired of life as a trophy wife and fled to Hollywood.

Meaty roles eluded the actress -- although she famously turned down Ingrid Bergman's role in "Casablanca" -- and she became increasingly typecast as the sultry temptress in such movies as "Algiers" (1938) and "Lady of the Tropics" (1940).

In 1941, Lamarr and an avant-garde composer, George Antheil, filed a patent based on "frequency-hopping," in which a radio transmitter and its receiver jump from one frequency to another to prevent their signal being intercepted.

Their gadget was aimed at developing radio-controlled torpedoes for the US Navy that could not be jammed by German warships.

But the idea was so far ahead of its time that the Navy didn't grasp its importance and it took years to reach fruition.

'Derailed By Her Beauty'

Today, frequency-hopping is the basis for quick and secure communications in espionage, the military, mobile phones and the internet. But Lamarr never gained a penny for her stroke of inventive genius.

"In a different era, she might very well have become a scientist. At the very least, it was an option that was derailed by her beauty," says film historian Jeanine Basinger.

Lamarr had faded from fashion by the time Cecil B. de Mille chose her to play the most famous femme fatale of all in "Samson and Delilah" (1949), the biggest box office hit of her career.

She was seen as difficult to work with, however, and the upturn in her fortunes fell away as quickly as it had begun.

An attempt to revive her career, and her ailing bank balance, with a 1966 autobiography largely failed.

Along the way, Lamarr was acquiring and losing husbands -- she had a total of six -- and by the late 1950s could count more divorces than film roles.

In 1997, she finally received an honor as an inventor: a prize from the US Electronic Frontier Foundation for her pioneering contribution to society.

But the work had long since dried up and Lamarr remained unmarried for the last 35 years of her life, shunning family living as a lonely recluse before succumbing to heart failure in January 2000.

"They think I'm a bad actress. I think sometimes in life I act more than on the screen," she says.

Promoted
Listen to the latest songs, only on JioSaavn.com
"Bombshell" premieres in the US on May 18 on PBS.

(Except for the headline, this story has not been edited by NDTV staff and is published from a syndicated feed.)
Comments
hedy lamarr inventorhedy lamarr