From Weaver To IAS To Minister, Arjun Ram Meghwal Is Inspiration For Many 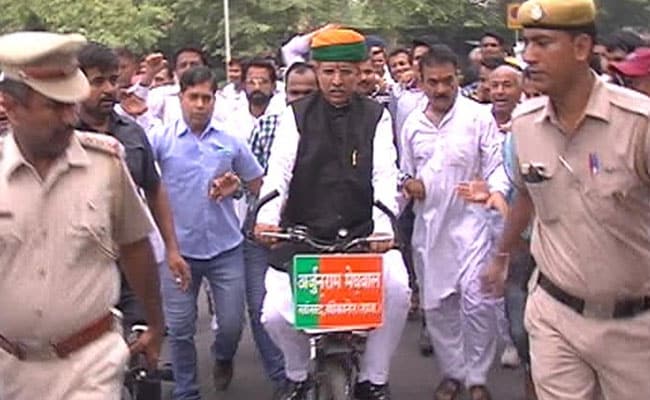 Born into a traditionally weaver family of Kismidesar village in Bikaner, Mr Meghwal was married at the age of 13.

New Delhi: From being a weaver to working his way to the Indian Administrative Service (IAS) as officer to being elected as member of parliament to becoming a union minister now, Arjun Ram Meghwal's journey through life has been an inspiration for many.

The Dalit MP seems to have been rewarded with a berth in Prime Minister Narendra Modi's council of ministers on Tuesday as much in recognition for his struggles in life as for highlighting the allegedly illegal land deals of Robert Vadra in Bikaner in Rajasthan, which is his constituency.

Born into a traditionally weaver family of Kismidesar village in Bikaner, Mr Meghwal was married at the age of 13.

But he continued his studies while also working with his father as a weaver. He graduated with a BA degree from Sri Dungar College in Bikaner and also earned an LLB and a Master's from the same institution.

After his studies, he started preparing for competitive examinations and got into Indian Post and Telegraph Department as a telephone operator.

He had his first stint with politics when he contested and won the elections for the post of general secretary of Telephone Traffic Association.

While working as a telephone operator, he passed the examination for Rajasthan State Administrative Service in his second attempt.

He got into the top-most echelons of bureaucracy when he was promoted to the Indian Administrative Service (IAS) and worked as District Collector of Churu in Rajasthan.

The Bharatiya Janata Party (BJP) offered Mr Meghwal the ticket to contest the Lok Sabha elections in 2009 from Bikaner. He won the election, becoming a member of parliament.

He was re-elected from the same constituency in 2014.

He is the chief whip of the BJP in the Lok Sabha and one of the very few MPs who cycle to parliament. Indeed, he even pedalled his way up to Rashtrapati Bhavan on Tuesday for his swearing-in as minister of state.
Comments
Indian Administrative ServiceDalit MPArjun Ram MeghwalRajasthan State Administrative Service