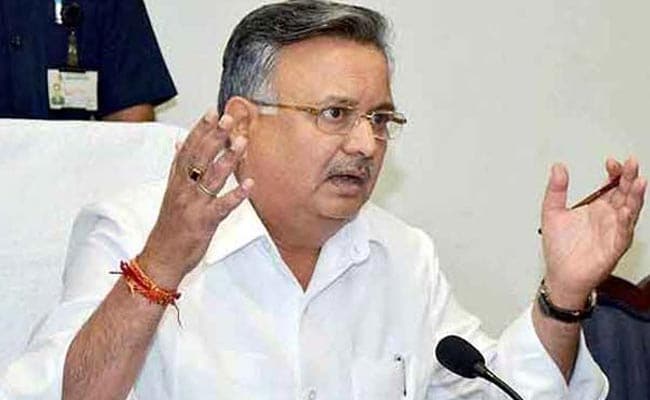 If he wins, Raman Singh will become the sixth chief minister in India to earn four consecutive terms

Raman Singh wasn't the BJP's first choice as Chhattisgarh chief minister when the party came to power in 2003 in the first election after the state was born. But with the BJP's main face in the state, Dilip Singh Judeo, seen taking money on video, the party looked towards Raman Singh, then a minister of state in the Atal Bihari Vajpayee-led National Democratic Alliance government at the centre. At the time, few would have thought that the soft-spoken Ayurveda doctor would remain the state's chief minister for the next 15 years.

Raman Singh became associated with the Jan Sangh, the BJP's precursor, in the early 1970s in his birthplace Kawardha, then part of Madhya Pradesh. He became the youth president of the outfit's district unit in 1976. He won his first election in 1983 and became a municipal councilor in Kawardha.

The year 1990 was crucial for the BJP as it came to power in Madhya Pradesh, Rajasthan and Himachal Pradesh, forming state governments on its own for the first time. Raman Singh won his first assembly election from Kawardha, in what was a BJP wave in the state. Even though the party was defeated in the 1993 assembly elections, Dr Singh won again.

In the 1998 assembly elections, however, Dr Singh lost to Congress' Yogeshwar Raj Singh, the young scion of the royal family of Kawardha. In the 1999 Lok Sabha elections, he was given the daunting task of contesting against Congress veteran and former Madhya Pradesh chief minister Motilal Vora from the Rajnandgaon Lok Sabha seat. Dr Singh won the seat by a little over 22,000 votes and came to be seen as a giant-killer. An impressed Prime Minister Atal Bihari Vajpayee, himself from Madhya Pradesh, made Raman Singh the minister of state for commerce and industry.

His victory over Mr Vora went in his favour when the BJP was looking for a chief minister in 2003 after the controversy surrounding Dilip Singh Judeo.

In a state where Scheduled Tribes and Scheduled Caste together constitute over 50 per cent of the population, Dr Singh, a Thakur, has been unexpectedly successful. He is said to have succeeded in maintaining his popularity through welfare schemes and astute political management. He is also credited with overhauling the public distribution system in the state and bringing the Chhattisgarh Food Security Act, 2012, one of the first food security laws in the country.

His rule hasn't been without controversies, with the opposition Congress alleging a Rs 36,000 crore scam in the state's public distribution system and cornering the chief minister on his son's name allegedly figuring in the Panama Papers. His reign has also seen a number of attacks by Maoists on security forces and civilians, the most prominent one being the massacre at the Darbha valley on May 25, 2013 in which 27 people including Congress leaders Nandkumar Patel, Vidyacharan Shukla, Mahendra Karma and Uday Mudliyar were killed.

Seeking a fourth term in office and a third term from the Rajnandgaon assembly seat, Dr Singh is in a curious position. His one-time rival in state politics, former chief minister Ajit Jogi, is unwittingly helping his prospects through his new party Janata Congress Chhattisgarh. The party is seen as a threat to the Congress and could eat into its votes in a number of seats. On the other hand, his "mentor" Atal Bihari Vajpayee's niece Karuna Shukla is contesting against him in Rajnandgaon.

If he wins another term, Dr Singh will become the sixth chief minister in India to win four consecutive terms and the first one in a Hindi-speaking state to achieve this feat.