Dehradun: Police said the heirs of the property live in the US, taking advantage of which, BJP leader Reena Goyal occupied it. 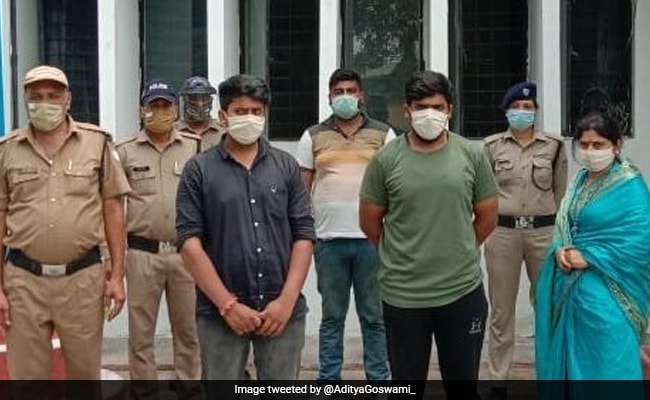 Dehradun's Clement Town Police on Sunday arrested the state secretary of BJP Mahila Morcha, Reena Goyal, her two sons, and her colleague for allegedly grabbing the property of an elderly couple after their death.

According to the police, all four were sent to prison after producing them in court.

Special Sub Inspector (SSI), Clement Town Police Station, GS Negi said that the heirs of this property live in US, and taking advantage of this, BJP leader Reena Goyal broke the locks of the closed property after meeting with her family members and occupied it.

"Suresh Mahajan, owner of the property lives in America, he lodged a complaint with the police through email, after investigation, the leader of BJP Mahila Morcha, her two sons and an aide Anuj Saini have been arrested and sent to jail," said SSI Negi.