I have no idea why Pranab Mukherjee's son believes he has the right to vet his father's memoir. One theory is that as a Congressman, he is concerned that parts of the book may offend Sonia Gandhi and impact his prospects within the party.

On the other hand, his sister Sharmistha, who is also in the Congress, has opposed her brother's request, saying of her father's book, "The views expressed by him are his own and no one should try and stop it from being published for any cheap publicity."

God alone knows what Mukherjee would have made of the spectacle of his son and daughter slugging it out on Twitter. Most likely it is a sibling dispute that has little to do with Congress politics.

But it is not hard to see why the book has worried some Congressmen. According to extracts released last week by the publisher, the memoir is critical of both Sonia Gandhi and Manmohan Singh, holding them at least partly responsible for the rout of the Congress in the 2014 election. 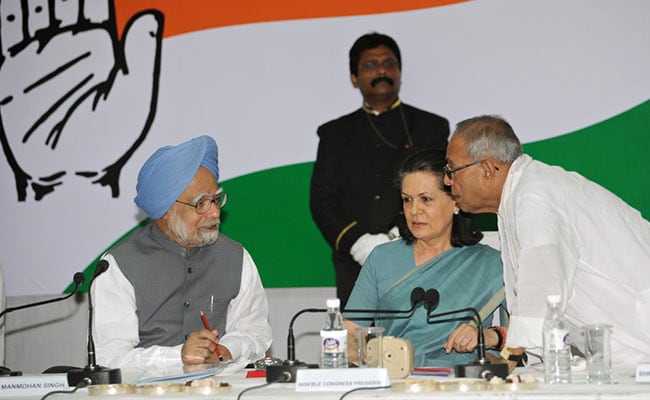 "Some members of the Congress theorized that, had I become the PM in 2004, the party may have averted the 2014 Lok Sabha drubbing," writes Mukherjee, before adding with faux modesty, "Though I do not subscribe to this view, I do believe that the party's leadership lost focus after my elevation as President."

Behind those words lies a degree of bitterness and some truth.

It is hard to understand why Pranab believed that he might have been made Prime Minister in 2004 when the Congress-led UPA first took office. He was not close to Sonia Gandhi, who had already made up her mind to elevate Manmohan Singh to the post. In fact, there is little evidence that she trusted Pranab very much because she denied him both the posts that he might reasonably have expected: Finance Minister and Home Minister. Instead, she sent him off to the Defence Ministry.

On the other hand, it is true that by 2008-9, Pranab had won her trust on the basis of his sheer mastery of the process of government and because of his close partnership with Ahmed Patel, who was then her Political Secretary and a trusted aide.

That was when he nearly became Prime Minister. It is no secret that while most people in the Congress were broadly supportive of the Indo-US nuclear deal, nobody shared Manmohan Singh's enthusiasm for it. While the deal ended nuclear apartheid and benefitted India, Singh made extravagant and unrealistic claims about its impact on the country. Billions of dollars in US investments would flow in, he predicted. The Indian economy would be transformed. The government owed it to future generations to push for the deal.

Even though the Congress leadership believed that Singh was deluded about the long-term impact of the deal, most Congress leaders agreed that it was good for India. The problem was that the UPA retained a parliamentary majority only because it had the support of the Left parties. The Left took the unreasonable line that the nuclear deal would push us too close to America and was hardly reassured when Manmohan Singh made extravagant claims about billions of dollars of American money flowing in. The Left declared that it was so opposed to the deal that if it went ahead, it would withdraw support to the UPA.

This led to a major re-evaluation within the party and the consensus (supported and articulated by Mukherjee) was that as good as the deal was, the survival of the government was more important. At first, Manmohan Singh appeared to accept this, but he later changed his mind and told Sonia Gandhi that he would resign as Prime Minister if the deal did not go ahead. He knew that the Left would withdraw support and that the government would lose its majority. But that, he said, was not his problem.

Sonia Gandhi finally caved. The deal went through. The Left promptly withdrew support. The government had to find other votes to survive in the Lok Sabha and finally scraped through by finding new allies though there were also plenty of allegations of purchasing votes.

It was widely believed then that in the election that followed the passing of the deal, the best the UPA could hope for was to retain the seats it already had in the Lok Sabha. The Congress would have to go back to the Left if it wanted to lead a stable government. And the Left would not agree to support a government headed by Manmohan Singh. So, Pranab Mukherjee, who the Left liked, would be the new Prime Minister. This formula was believed to have the support of Sonia Gandhi. In the event, the Congress was surprised to discover that it actually won more seats than before. It did not need the Left. So Manmohan Singh returned as Prime Minister. And Pranab Mukherjee lost out. 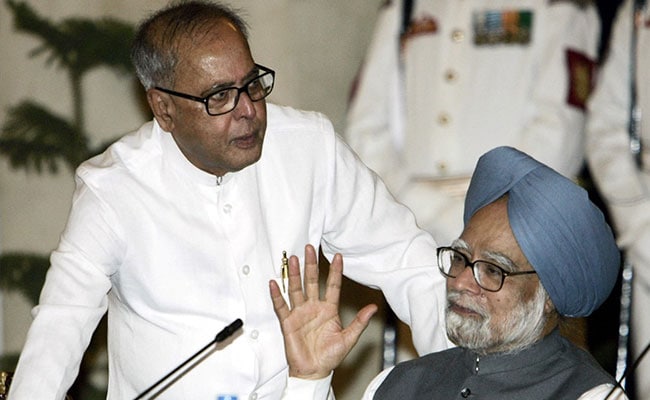 Pranab had reason to be bitter about all this. UPA II was soon crippled by the Anna Hazare movement and a series of scams, Manmohan Singh retreated into a shell, refused to meet people or take crucial decisions.

Sonia Gandhi was unwell for part of the term and as Pranab writes, "While Sonia Gandhi was unable to handle the affairs of the party, Dr. Singh's prolonged absence from the House put an end to any personal contact with other MPs."

So, would UPA II have fared better had Pranab Mukherjee become the Prime Minister? Without a doubt: yes. But events took everyone by surprise. And as Manmohan Singh cowered, the Congress shrank into nothingness, a decline that continues to this day.

It's a story that needs to be told. And perhaps Pranab's memoir will shed a little light on it, no matter how much his children squabble.