To go by general gossip in Tamil Nadu at election time, the key determinant of poll outcomes is money power. And to some extent, this appears to be the case as a particularly vigilant Election Commission, deploying 25 flying squads in each of 234 assembly segments, have in the current election season seized over Rs 100 crore of unaccounted cash in the run-up to the campaign shifting from the street to the booth. A graphic front-page lead story in the highly reputed Dina Malar (Daily Flower) has detailed constituencies, named names, highlighted the principal parties (AIADMK/DMK) and other players, and minutely catalogued sums seized to make one believe that the hundred crore seized is but the froth comprising perhaps as little as 1-10% percent of the money changing hands between aspirants and voters. That would mean money power of a thousand to ten thousand crores making the rounds.

No one really knows - certainly not this columnist (and I say this because my parliamentary constituency is one of the few not named and shamed by Dina Malar!). Confirmation of the scale on which illegal expenditure was fuelling the election seemed to come with the splash in the afternoon papers on the last day of the campaign (14 May) that three heavy-duty lorries had been tracked down at a filling station after a chase carrying the staggering sum of 570 crores. The mundane explanation has now emerged that the lorries had nothing to do with the elections but were hired by the State Bank of India to transfer moneys from their over-burdened cash chest in Coimbatore to a deficient one in Vishakapatnam. Investigations continue - but the credibility that the news carried till it was clarified testifies to the widespread belief that elections are not won and lost at the hustings, but bought and sold in the dark watches of the night.

Yet, election data over the last quarter century and more would suggest that even if money is widely distributed, it does not affect election results. For to take the outcomes in successive elections since 1991 when I first got involved with party politics in the state, the government changes at every election, as set out in the following table:

Since it would be reasonable to assume that the ruling party is better endowed than the one which has had to endure being in opposition over the past five years, outcomes would suggest that the voter takes the money from whoever offers it, but in the end votes according to his or her own volition. This becomes particularly evident when one considers the fall in the vote share of the ruling party at every successive election:

In terms of mathematical precedent, it would thus appear to be advantage DMK this time - yet, the DMK is only now emerging out of five years of exile from Chennai Fort, seat of the Tamil Nadu government. Prannoy Roy of NDTV has pointed out that while the average vote swing between the AIADMK and the DMK is of the order of 10% at every election, the DMK needs only to carve out an additional vote share of 5.75% over its 2011 score to emerge as the front runner.

Will money make any difference?

This would seem to contradict the theory that the vast sums being mopped up by the Election Commission in TN reflect the decisive role of money power in TN elections. On the contrary, it seems the more you try to buy votes, the greater are the chances - indeed the certainty - of your losing the election! 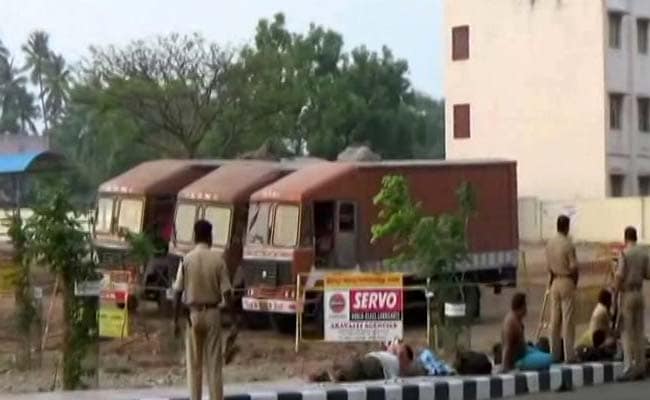 The State Bank of India has said the Rs 570 crore seized by the Election Commission in Tamil Nadu belonged to the bank and was being transported with Reserve Bank of India's authorisation.

While this may come as a surprise to readers, it cannot but be obvious to political parties. Then why do they persist? Perhaps because voters do not demand bribes but blood money; perhaps because voters say, give us the money but we do not promise to vote for you; don't give us the money and we promise not to vote for you! So, should the Election Commission be chasing the hapless bribe-giver or holding the ransom-demanding voter to account?

Of course, it is easier to hold a few bribe-giving politicians to account than holding to account millions of bribe-taking voters. But before dwelling on that prospect, kindly also consider that the sums of money on offer per voter are derisory. The Dina Malar lead story mentioned above indicates that the bribes on offer amounted to no more than Rs 200 per voter but did, in some cases, go up to Rs 1,000. Market rumour put the higher figure at Rs 5,000. If an assembly segment has, say, 1,00,000 voters, at Rs 200 a voter, this adds up to Rs 2 crore per segment, or nearly Rs 500 crore for the state as a whole. If the voter is offered Rs 200, of course he will probably take it; but would any voter actually sell his democratic right to remove or retain a government he does not like for the trifling sum of Rs 200 - about MNREGA wages for two days' work?

So even if we discount the Rs 5,000 rumour and settle for Rs 1, 000 per voter, this, I suggest, is nowhere near tempting enough to effect a U-turn in voting intentions among a significant section of the electorate. Vote-buying might rig an election in the direction in which it is in any case going; but is not enough to make the decisive difference in making the voter go against the grain of his voting intentions. 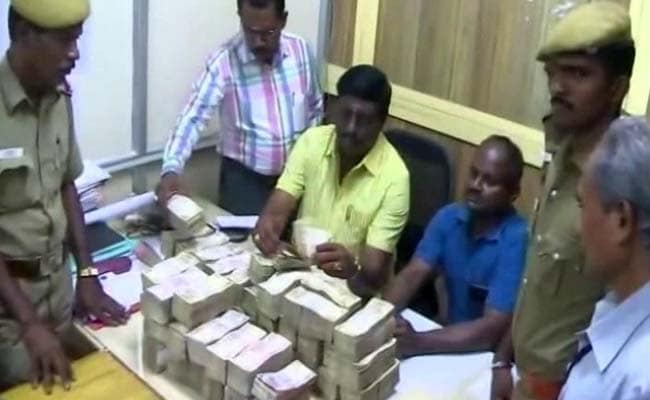 Then why is this matter such an aching recurring subject of anxious discussion among party cadres in election after election? I suspect because those who are charged with distributing the money keep a large part of it for themselves. That would be quite a tidy sum for the couple of hundred party cadres involved in the exercise in each constituency - and that is probably why so much loose talk swirls around this perennial question. It is the cadres looking after themselves, seeing elections as a great opportunity for putting aside a nest egg for their families. It, therefore, matters little to them whether or not they are successfully buying votes that would otherwise have gone the other way.

Consider also that for more than half a century, close to 90% of party loyalists in Tamil Nadu have faithfully stayed with the AIADMK or the DMK, as the case may be. These loyalists do not need to be paid to remain loyal. There is a small number that might switch loyalties and a larger number of floating voters who could make the difference. But identifying these elements is difficult, if not impossible. On the other hand, it would be impossible to only pay off potential defectors and refrain from rewarding loyalty. Hence, a substantial part of whatever is paid out is no more than token thanks for staying with the party, not really effective in swaying the outcome.

Despite the ostentatious display of money power, Tamil Nadu remains a really vibrant democracy both because it is too expensive to buy any large number of voters, and because such payments as are made go substantially to those who would in any case vote for their favourite. So however many lorries are seized and however dramatically the treasure chest of the Election Commission swells because no one comes forward to claim the seizures, democracy remains safe in Tamil Nadu because political opinions are strong and well-informed and the ballot is really secret. I keep losing but I am still to meet anyone who confesses to not having voted for me!