Rahul Gandhi is still dithering over his status with the Congress after he said, on May 25, that he was quitting as its President over the party's massive washout in the general election. The Congress responded "no way" and a few leaders have tried in person to persuade him to reverse his claim. Since then, it's unclear whether Gandhi is in or out - or temping till his replacement is decided. The uncertainty is confounding given that it is pushing state units of the Congress all over the country into imploding.

In Rajasthan, Punjab, Telangana, Haryana and Madhya Pradesh, vicious factionalism is in circulation and resulting, in Telangana, for example, in the exodus of leaders - yesterday, 12 of 18 MLAs strode out of the Congress and into the arms of KCR. Through all this, Gandhi is refusing to meet leaders to explain either his position or how they should address the dizzying advancement of crises. 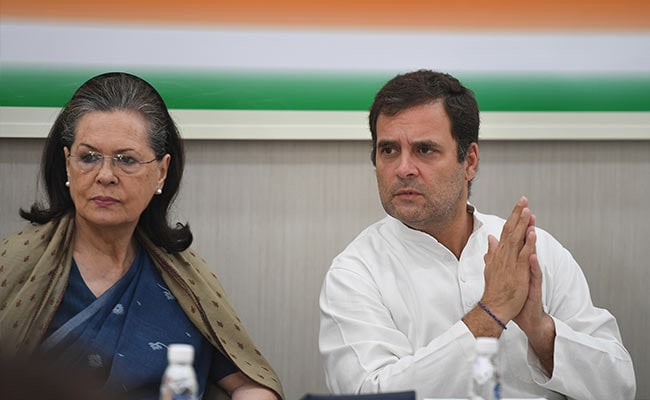 Rahul Gandhi, on May 25, informed the party about his decision to quit following the Congress's decimation in the Lok Sabha polls

Gandhi will make a public outing today to his new constituency Wayanad in Kerala. Footage of his visit to thank voters for electing him may be the only opportunity for leaders in his party to glimpse him. Yesterday, he turned down a meeting with Kamal Nath, the Madhya Pradesh Chief Minister, who wanted to see him along with his son, the lone Congress candidate to have been elected from the central state. Instead, father and son were granted a meet-and-greet with Prime Minister Narendra Modi.

Gandhi's high-risk behavior follows his outburst at the Congress Working Committee that convened to dissect the party's unmitigated flop in the general election. He said senior leaders, alluding clearly to Ashok Gehlot, Kamal Nath and P Chidambaram, had focused on their sons' elections, putting their paternal bonds above the party's needs.

Gehlot is now caught up in a new episode of his lengthy drama with Deputy Chief Minister Sachin Pilot. He says as state unit chief, Pilot should have ensured his son Vaibhav Gehlot's victory from Jodhpur (Gehlot Junior lost by 2.7 lakh votes). Pilot's camp, meanwhile, which believes he should have been made Chief Minister, is using the Congress' result in Rajasthan - zero of 25 seats - to claim it's time for him to take charge of the state.

Pilot is the only heirloom leader who actually buckled down and worked as state chief for five years and ensured a Congress victory in the Rajasthan assembly elections in December. Sources say that he never reconciled to Gehlot being picked over him as Chief Minister and is now considering quitting his post as Deputy Chief Minister. If he goes through with this, he will say he's taking the blame for the Lok Sabha results and begin a "Jan Sampark Yatra" (voter connect roadshow).

As Deputy Chief Minister to a strongman, he is nearly powerless and Pilot, an extremely shrewd politician with a mass connect, is strategizing long-term goals. A leader close to him says "Pilot is only 41 and he can't destroy his political career because Rahul Gandhi cannot make up his mind". Expect more fireworks from Rajasthan.

Then there's Punjab. Chief Minister Amarinder Singh has been urging Gandhi to act against Navjot Singh Sidhu who has made it a habit to speak against him. With Gandhi refusing to bestow an answer, Singh called a cabinet meet yesterday which Sidhu skipped; Singh changed portfolios, downgrading Sidhu's. Sources say Sidhu tried to contact Gandhi before a public meltdown where he said he is a performer who delivers and cannot be taken for granted.

Singh, who has a frosty relationship with Gandhi, has timed his ambush well - he delivered a decent Lok Sabha result in Punjab defying the general rejection of the Congress. It's Sonia Gandhi who has reportedly persuaded Singh to keep Sidhu in his cabinet for now.

Next, Haryana, where, at a meeting to figure out why the Congress won no seats at all, leaders nearly physical attacked each other and Ghulam Nabi Azad, deputed to handle the state, walked out in disgust.

In Madhya Pradesh, Kamal Nath's government is in jeopardy with the BJP circling it with plans of a takedown. As he tries to fight back, rivals Jyotiraditya Scindia and Digvijaya Singh want him removed as state chief. Scindia is particularly bitter as he lost his family fiefdom Guna and now wants to be state chief. But Singh, who lost the Bhopal election, wants to ensure that Scindia is not made state chief and has banded with Kamal Nath for the limited purpose of keeping his enemy at bay. 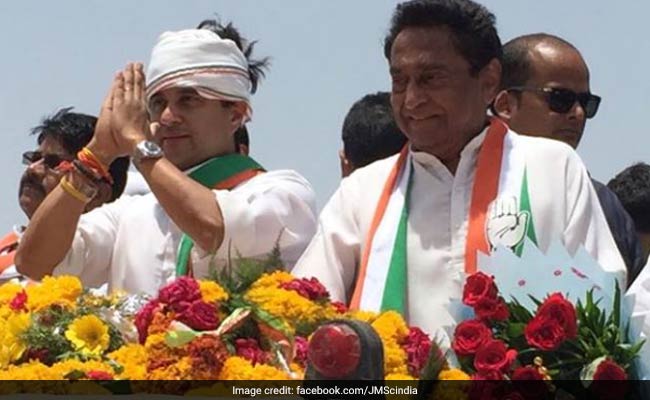 With state units going off the rails, Sonia Gandhi interceded yesterday and asked all state chiefs and candidates to give a written assessment of why they lost. The feuding leaders also see this as an opportunity to settle scores in writing.

Sources say that Gandhi's resignation offer was intended to trigger off a Kamraj Plan 2 which would embarrass the leaders he spoke against into resigning. That didn't happen but Gandhi was told he has a free hand to restructure the party in any way that he sees fit. The fact that his sulk continues after that has mystified the party.

If he is serious about quitting, he needs to act now, clear the way and empower a leader who can move quickly to stop further erosion. Nothing about his behavior suggest the maturity or decisiveness of a seasoned politician. As usual, it appears the Congress simply has no plan.