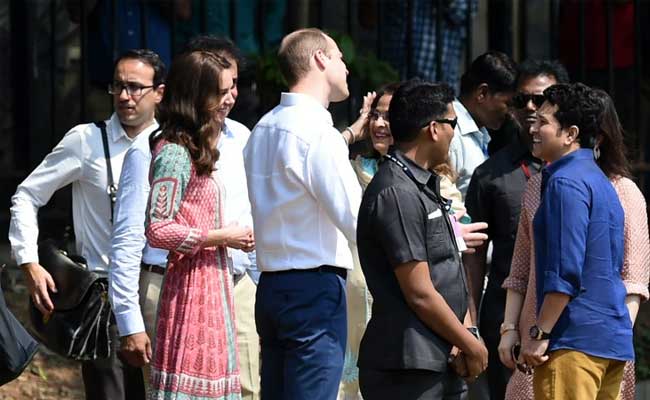 Prince William and Kate Middleton at the Oval Maidan in Mumbai.

With her first two outfits in Mumbai, the former Kate Middleton set the fashion tone for her six-day tour of India and Bhutan.

The Duchess of Cambridge, to give Ms Middleton her formal title, exchanged the red paisley-print Alexander McQueen outfit she started the day in for a printed tunic dress by Anita Dongre to meet underprivileged children at a cricket match at the Oval Maidan in Mumbai. Prince William, who changed out of his blue suit for something more casual, and Ms Middleton played cricket with Sachin Tendulkar.

Kate shows off her sporting skills in a game of cricket with Sachin Tendulkar #RoyalVisitIndiapic.twitter.com/hZVAueVOLN 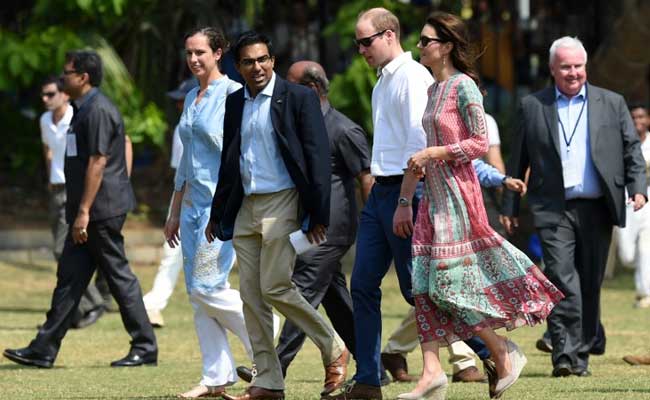 Will and Kate were also photographed playing with the children at Oval Maidan:

After the cricket match, Will and Kate headed to the Banganga Water Tank where they were welcomed with garlands and a traditional Lavani dance.

A warm welcome for TRH as they arrive at Banganga Water Tank in #Mumbai#RoyalVisitIndiapic.twitter.com/D7Z5tYOz3r

The Duke & Duchess were presented with garlands on arrival and scattered petals in the water #RoyalVisitIndiapic.twitter.com/xlqgmRJtrn

They also interacted with representatives from the NGO Smile.

Earlier, Ms Middleton, 34, was photographed in her paisley McQueen, being greeted at the Taj Mahal Hotel in Mumbai.

First stop in Mumbai was the memorial to those who died in the 26/11 attack on the Taj Mahal Hotel.

The Duke & Duchess arrive @TajMahalMumbai and lay a wreath to remember the terror attacks of 2008 #RoyalVisitIndiapic.twitter.com/8M6JYIOvFr 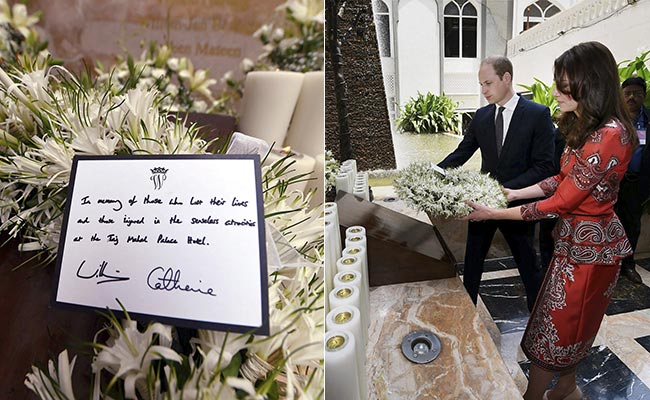 Will and Kate also spoke to hotel staff who helped rescue guests in the terror attack. 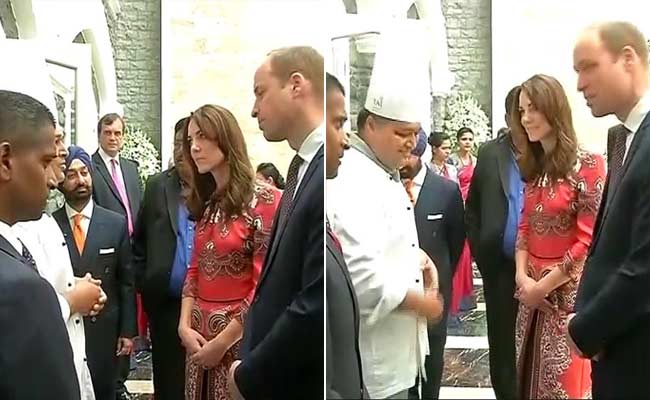 Prince William and Kate Middleton have a full diary today. Their evening is reserved for a Bollywood gala, where Will and Kate will meet celebrities like Shah Rukh Khan, Aishwarya Rai Bachchan, Shilpa Shetty, Alia Bhatt, Sonam Kapoor and Karan Johar.