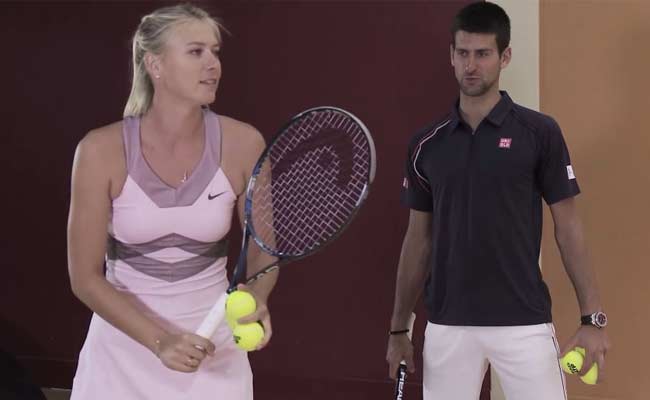 The Djoker may have won the Wimbledon's Men's Final this year but it looks like he cannot win against world no 6. Maria Sharapova. In this two years old, but still extremely amusing video uploaded by HEAD Tennis, the two tennis mavericks are up against each other in a 'Speed Against Instinct' test. They shoot tennis balls in a golf course, in a bowling alley and lastly, do that scary aim-and-hit-target trick that circuses are so fond of.

Promoted
Listen to the latest songs, only on JioSaavn.com
Needless to say Novak Djokovic is adorable. So is Maria Sharapova by the by. The two duel verbally, passing snarky (and hilarious) comments at each other throughout the video. It helps that the two share a brilliant chemistry. It also helps that they are known to pull each other's leg on and off the court. So what's the final score of this speed vs instinct test? Maria wins.

No seriously. Watch this amusing video and tell us if you think otherwise: