Humpback whales live near both the Arctic and Antarctic. 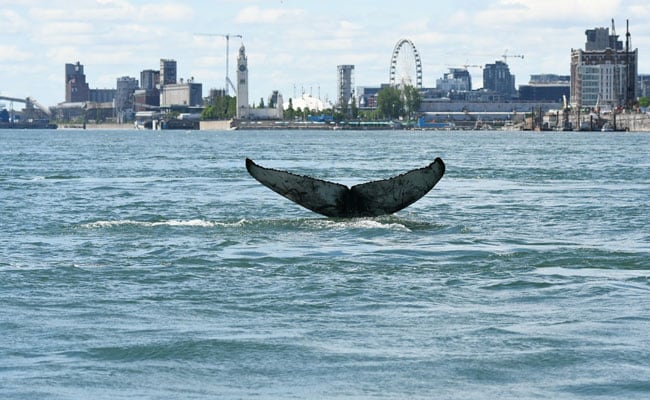 A humpback whale was spotted in Montreal, Canada.

A young humpback whale that swam up one of Canada's major rivers and has been exploring the waters off Montreal for a few days was likely led astray while on a hunting trip, authorities have said.

Since Saturday, the giant creature has been swimming in the St Lawrence river against the backdrop of the Montreal skyline -- hundreds of kilometres (miles) from the waters it usually calls home.

The humpback is likely to be the same creature as that seen a few days ago further downstream near Quebec City, said Marie-Eve Muller of the Quebec marine mammal emergency network (RQUMM). 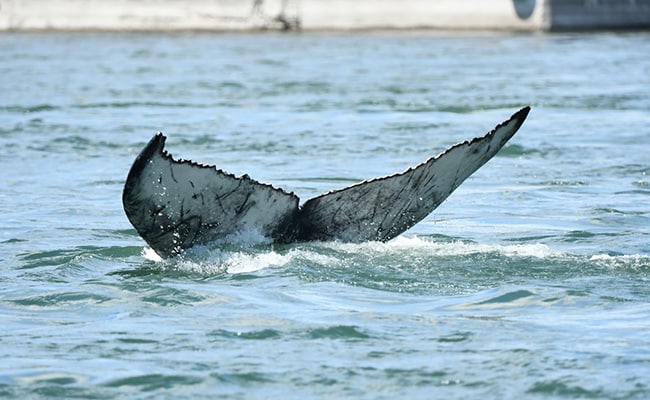 A handout picture courtesy of RQUMM shows the tail of the humpback whale swimming in the water by Montreal
Photo Credit: AFP

Humpback whales live near both the Arctic and Antarctic, with adults growing up to 17 metres (55 feet) and weighing up to 40 tonnes.

Each pod spends the summer near the poles and travels to tropical areas in their respective hemispheres during the winter to breed.

The Montreal visitor, thought to be two or three years old, was likely led astray while chasing prey, or made a navigation error, Muller said.

It is possible that the whale could extend its stay in the city for several months, she added, although locks and rapids further upstream would likely prevent it from exploring any further west.

A team from RQUMM has been deployed to monitor the humpback to prevent any possible collisions with ships, she said, although there were no plans to redirect the whale yet, since it could survive for a short while in freshwater.

"For the moment, the whale is in good health... The best option is to let nature take its course," and hope that the animal decides to return to the open ocean itself, she added.