Over 1.7 million views for this hilarious video - and counting. 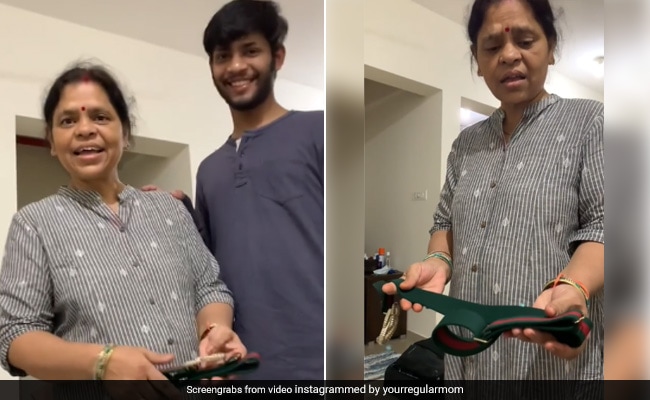 Mother-daughter duo Anita and Chabi Gupta are winning Instagram with their video.

A funny video of a woman scolding her daughter for buying a Gucci belt worth Rs 35,000 has gone viral on social media. Astonished by the unrealistically high cost of the belt, which resembles a green-red school uniform belt, the woman was filmed telling her daughter off for saying she doesn't know what's so special about it. The mother says the belt looks quite similar to “DPS belt” which can be bought for as low as Rs. 150, that too if the buyer spends generously.

The video was shared on the Instagram account '@yourregularmom', which is run by Ranchi-based mother-daughter duo Anita Gupta and Chabi Gupta. Since being posted two days ago, it has racked up over 1.7 million views on the photo and video sharing platform.

Scolding her daughter, the woman tells her that she is too liberal with her expenses and mostly spends money on buying unnecessary things.

As the mother-daughter duo discuss the matter in the living room of their home as other family members pass by, both also laugh at themselves, the mother possibly knowing that no amount of sermonising is going to stop her daughter from shopping.

The video has received more than 1.7 million views in two days. Most of those who commented said they loved the woman's reaction to her daughter's expensive purchase.

“Epic...Only moms can bring down a global luxury fashion brand like this,” said Saket Sourav.

“No one can beat an Indian mom in roasting,” said Priyanka.

“This is funny and cute both at the same time,” said Suparna Choudhary.

On seeing the Gucci logo on the belt buckle, the mother said “What is this written: G..G..G. If we remove this logo, the belt can be bought for Rs. 150, at most.”