Watch: Man Climbs Out Of 23rd-Floor Window In Attempt To Escape Cops

The police eventually managed to pull the robber back in and arrest him. 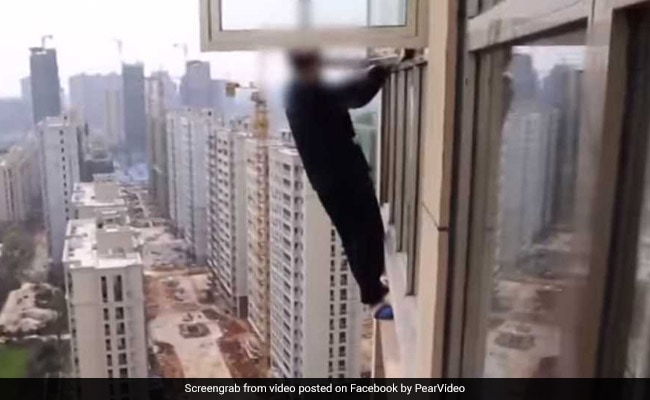 A robber in China was arrested after an unsuccessful escape attempt.

When cops came knocking at his door, a robber's 'fight or flight' reflex kicked in. Unfortunately for him, it was the 'flight' response that won - and took him straight out of the widow of his 23rd-storey home.

The incident took place last month in China's Hunan city, reports Shanghaiist. The unnamed man was wanted in connection with a robbery where he made off with 10,000 yuan in cash and a shop owner's bank card. When police investigation led the cops to his apartment, the culprit decided the best course of action would be to climb out of the widow.

It is not clear what he proposed to do once he was hanging out of the 23rd-floor window - about 60 metres above the ground.

A video that has gone viral on Chinese social media platforms shows him attempting to climb down the building but looking nervous. Watch the video below:

The police eventually managed to pull the robber back in and arrest him.