The Indo-Tibetan Border Police keeps posting the videos of the performance of its troops from time to time. 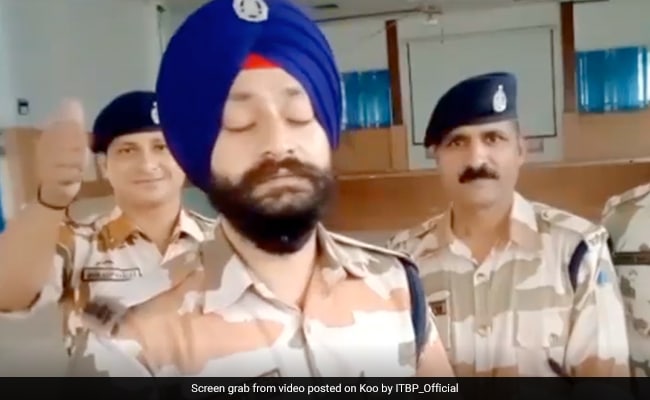 The video of ITBP constable is winning the internet.

A video of a constable from the Indo-Tibetan Border Police (ITBP) singing a popular song from 1997 film 'Border' is winning hearts on social media. The video has been posted by ITBP on its Koo and its other social media handles. The constable is seen surrounded by fellow ITBP officials, who give thumbs up to his rendition of "Aye Jaate Huye Lamhon", featuring Suniel Shetty and Sharbani Mukherjee. It was sung by Roop Kumar Rathod in the movie.

"Singing on the request of #Himveer brothers during a gathering. Constable Vikramjeet Singh of ITBP sings a song from the movie Border (1997)," ITBP said in its Koo post.

The post is gaining traction on the social media platform, with many Koo users liking and re-Kooing it.

'Border', the multi-starrer was set amidst the backdrop of the 1971 India-Pakistan war and was written, produced and directed by JP Dutta. The movie and the song had stroked a chord with cinema lovers back then.

ITBP keeps posting the videos of the performance of its troops from time to time. Earlier this month, constable Vikramjeet Singh was seen performing a musical rendition of the famous Pakistani song, "Afreen Afreen" in video posted on ITBP's official Instagram handle.

In the video, the other constable was seen strumming the guitar while constable Singh is singing the song.

On this year's Republic Day, an ITBP constable dedicated a song to the nation. Posted on Twitter, the video also gave a glimpse into the lives of the jawans.