Industrialist Harsh Goenka took to Twitter to share a compilation of some mind-blowing stunts, leaving users in awe. 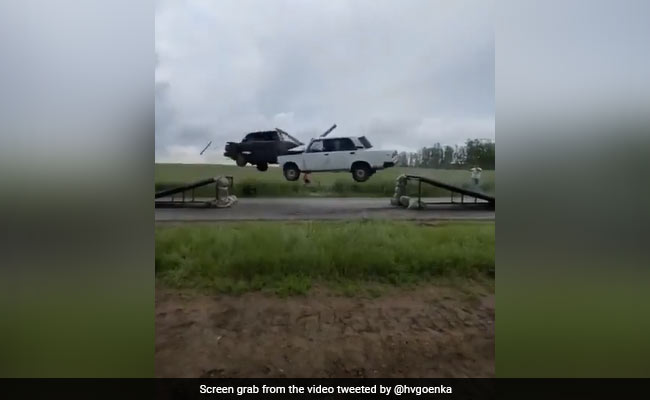 The internet is replete with videos of people performing some nail-biting stunts. Although some stunts can be scary, they provide an adrenaline rush to people watching them. More so, when someone pulls off a stunt, they feel a sense of accomplishment. Speaking of which, Industrialist Harsh Goenka took to Twitter to share a compilation of some mind-blowing stunts, leaving users in awe.

The chairman of RPG Group, who is known for his quirky posts on social media, often shares interesting content to keep his followers hooked. The video shared by him on Sunday, shows people making safe landings after they jump out of moving cars. In one of the stunts, a Russian stuntman was seen flying through a car, like a "human bullet". There are also other visuals of cars colliding and landing in rivers. Mr Goenka did not mention who performed these stunts or when they were recorded.

Since being shared, the video has received over 23,000 views and several comments. While many were left wonderstruck, others didn't understand the point of these stunts and endangering one's life. One user sarcastically reacted to the video saying. ''And that is why women live longer.'' Another commented, ''Stunning..!!'' while a third joked saying, "#rohitshetty's sweet dreams are made of these."

In one of his other recent posts, Mr Goenka encouraged internet users to learn from mistakes. According to the industrialist, it is important to "see what went wrong" and "what could have been done better."

Talking of stunts, a 50-year-old man was killed after drunk men hit him with their SUV while performing stunts in Gurugram. Videos of the incident, show the drunk men drifting their car, a Maruti Ertiga, in an area outside a liquor shop. A few people can be seen standing outside the shop, watching the car speeding towards them. They try to move away but the SUV drifted and hit them with its back wheel and speeds away.

It is important to note that people should not perform such stunts without professional supervision as they can be dangerous.