Don't Choke On Your Coffee: US Air Force In Hot Water Over $1,220 Mugs

The mugs in question aren't your usual porcelain caffeine containers, rather a special copper-and-chrome plated beaker that can plug into aircraft electrical systems to keep the cherished contents nice and warm. 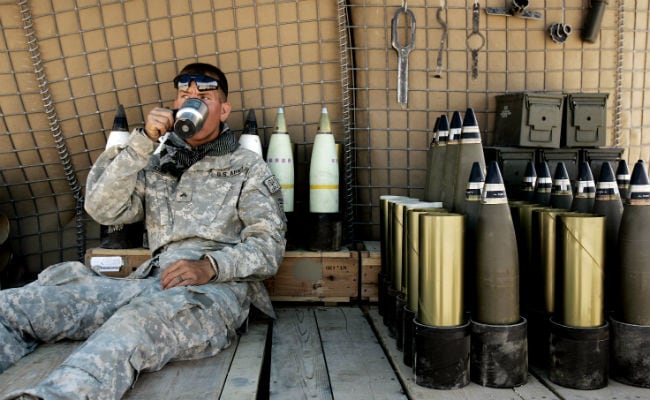 The US Air Force has found itself in a brewing scandal after it emerged that the service has been spending more than $1,000 to replace high tech coffee cups with fragile handles.

The mugs in question aren't your usual porcelain caffeine containers, rather a special copper-and-chrome plated beaker that can plug into aircraft electrical systems to keep the cherished contents nice and warm.

According to Travis Air Force Base in California, which has "poured" over the numbers, the cups have risen in cost from $693 each in 2016 to $1,220 in 2018, due to a lack of replacement plastic handles.

"Unfortunately, when dropped, the handle breaks easily leading to the expenditure of several thousand dollars to replace the cup as replacement parts are not available," Technical Sergeant James Hodgman, a spokesman for Travis's 60th Air Mobility Wing, wrote in a release.

The costly cups have become grounds for a grumble for at least one influential lawmaker, namely senior Republican Senator Chuck Grassley.

The stirred-up senator wrote to Air Force Secretary Heather Wilson this month demanding answers about "yet another" report of wasteful Pentagon spending that he considered "reckless spending of taxpayer dollars."

Wilson last week responded, saying it is "simply irresponsible" to spend so much money on such matters, and blaming the price tag on many suppliers having either gone out of business or stopped producing certain parts.

She said the Air Force is working to remedy the issue by exploring several ways of making its own parts and carrying out in-house repairs.

"We recently demonstrated capability to 3-D print replacement handles for this item at a cost of about 50 cents each," Wilson wrote.

US lawmakers have passed large increases in US defense spending under President Donald Trump, but have also bemoaned exorbitant costs of some items -- including toilet seat covers for the C-17 cargo plane that cost $10,000 apiece.