United Flight 895 was diverted to Anchorage on Thursday night, according to CBS affiliate KTVA, and police officials at Ted Stevens International Airport said the landing was due to a "passenger smearing feces everywhere." 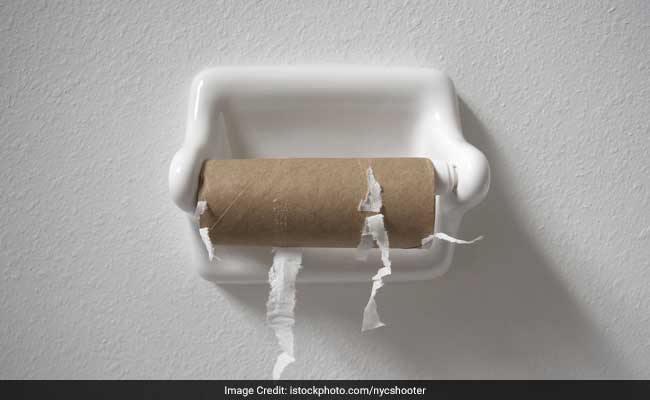 United Airlines passengers found themselves in a fetid situation when their Chicago-to-Hong Kong flight made an unscheduled landing in Alaska after a man had smeared feces all over some of the plane's bathrooms, airport officials said.

United Flight 895 was diverted to Anchorage on Thursday night, according to CBS affiliate KTVA, and police officials at Ted Stevens International Airport said the landing was due to a "passenger smearing feces everywhere."

More specifically, officials said the man had dirtied "a couple" of lavatories on the plane, and had also tried to cram his shirt down a toilet.

United said in a statement only that the flight was diverted due to "a disruptive passenger."

The airline said the passenger, who was reportedly cooperative, was met by authorities in Anchorage.

Staci Feger-Pellessier, a spokeswoman for the FBI in Anchorage, told NBC affiliate KTUU that authorities were alerted that "an unruly passenger had caused some kind of disturbance" on the plane. The FBI, which is reportedly investigating the incident, did not immediately respond to a request for comment from The Washington Post.

Airport police told the news station that no charges were filed against the passenger, but he was taken to a hospital for a psychiatric evaluation.

According to local news reports, the plane was grounded overnight for maintenance.

United said in its statement Friday that the other passengers were put up in hotels, and that the airline was working to get them to their destinations.

Promoted
Listen to the latest songs, only on JioSaavn.com
The incident comes amid a number of onboard events that have diverted planes, created misery for passengers and flight crews, and otherwise thrust airlines into a national spotlight - from allegations of infidelity and sexual misconduct to mechanical failures and severe weather.