The future king of England was no match to her sass! 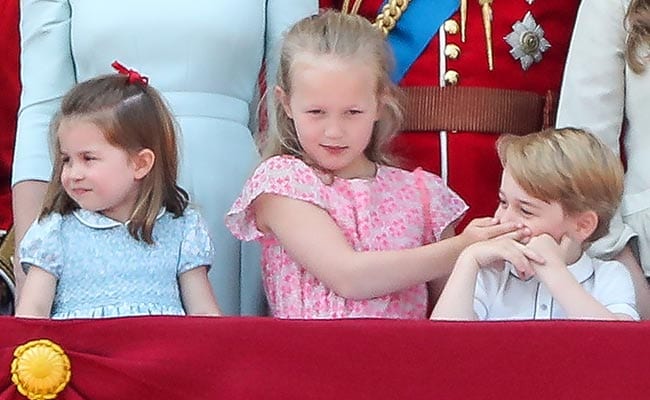 On Saturday, the British royal family gathered on the Buckingham Palace balcony for a grand parade and air show to mark Queen Elizabeth's official 92nd birthday. Crowds assembled outside the palace lawns to watch the Trooping the Colour ceremony which saw several musicians, about a 1,000 soldiers march together and a stunning flypast by the Royal Air Force. It also happened to be the Buckingham Palace balcony debut of Meghan Markle, now Duchess of Sussex. But all eyes were on the youngest royals who stole the show at the parade - particularly the delightful banter between Prince George and his cousin Savannah Phillips.

Savannah Phillips, Queen's eldest great grandchild, displayed oodles of sass as she stood next to sister Isla and cousins Prince George and Princess Charlotte. In a memorable moment, certainly most talked about on social media, the seven-year-old appeared to shush her four-year-old cousin and then cover his mouth during the national anthem. She even gave an evil grin to the cameras. 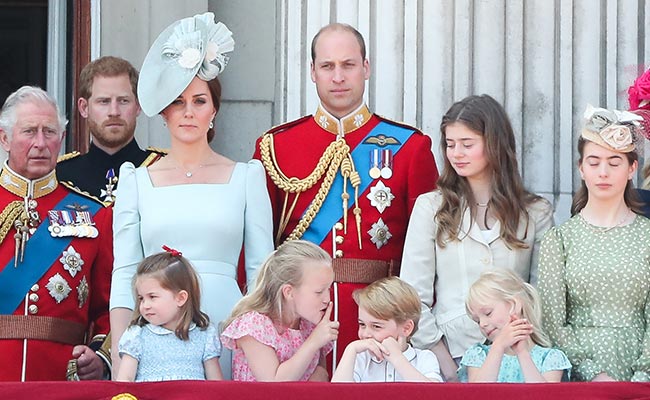 Without a shadow of a doubt, the loveliest moment of #TroopingtheColour today: Savannah Phillips conducted the band during the National Anthem, then hushed her cousin, Prince George (the future King) when he started to chat.
THAT is #girlpower. pic.twitter.com/S1B0BhYrcl

Prince George might be our future King but elder 2nd cousin Savannah decides she's the boss on the balcony whilst younger sister Isla can't contain her giggles! #TroopingtheColour#BuckinghamPalacepic.twitter.com/AXK6QZrC9w

In another hilarious moment, Savannah jokingly conducted the band.

Some sarcastic conducting and shutting Prince George up!! Hilarious!! #TroopingTheColourpic.twitter.com/9dR3UYfggZ

Trooping the Colour parade takes place every June to mark the British monarch's official birthday. Her actual birthday falls on April 21. The ceremony saw the royals come out in full attendance barring the absence of Prince Philip and the youngest royal Prince Louis.

Another highlight of the grand parade was the presence of 22-year-old Sikh soldier Charanpreet Singh Lall who created history today by becoming the first to wear a turban instead of the traditional bearskin hat during Trooping the Colour. The guardsman marched among 1,000 British soldiers who took part in the parade.Click for more trending news