The tiger crossed hundreds of villages, agricultural fields and habitations in six districts in two states. 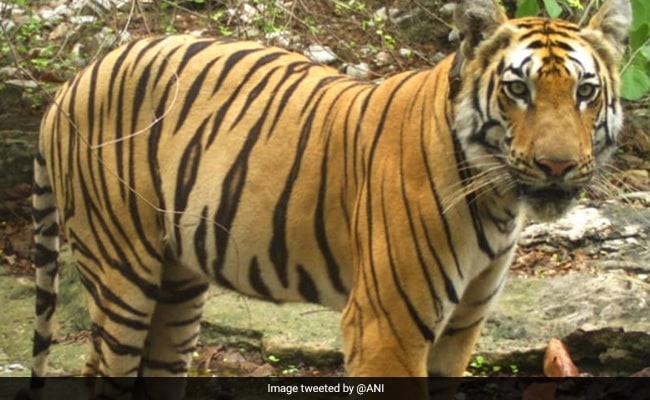 A male sub-adult tiger from Tipeshwar reached Dnyanganga on Monday.

A male sub-adult tiger (TWLS-T1-C1) on Monday reached Dnyanganga Sanctuary in Buldana district covering a distance of 1,300 kilometers across Maharashtra and Telangana in a span of about five months. He had left the Tipeshwar Wildlife Sanctuary in Yavatmal district in June 2019.

T1-C1 was born in Tipeshwar to resident female tiger T1 somewhere in late 2016 and the cub, along with his two male siblings C2 and C3,were separated from the mother during early 2019.

As a part of long term tiger monitoring and dispersal studies undertaken by Maharashtra forest department (MFD) in collaboration with Wildlife Institute of India (WII), Dehradun, (Studying the dispersal of tigers across the eastern Vidarbha landscape), C3 was radio-collared on February 25 this year and subsequently C1 was radio-collared on February 27 2019 by the team of WII.

The purpose of the study was to monitor the dispersal pattern of the sub-adults which are normally in the process of exploring new areas to set up their territory. After initial movements inside Tipeshwar, C3 and C1 started exploring adjoining Pandharkawda division and bordering Telangana area.

The tiger crossed hundreds of villages, agricultural fields and habitations in six districts in two states. So far, he has not entered into any conflict with humans except the cattle kills that he made for survival and an isolated avoidable incidence of human attack when villagers approached very close to the tiger in Hingoli district.

Another sub-adult tiger from Tipeshwar (2016) has been camera-trapped in Kawal tiger reserve in January 2019 by Telangana Forest Department. Also the third cub, C2, which was not radio-collared, has also covered considerable distance and was reported from Painganga sanctuary.

The dispersal of T1C1, T1C2, and T1C3 and the 2016 sub-adult tiger all across the landscape indicates that Tipeshwar is a potential source area and tigers need more space in the landscape and tigers may have to cover much longer distances and cross the human-dominated, non-forested landscapes in the pursuit of its new territory and the mates, much beyond our traditional understanding, the study said.

This exercise further underlines the need for systematic, scientific and coordinated tiger monitoring at a landscape level irrespective of the state or district boundaries. The long term monitoring project led by WII scientists will continue and is expected to throw more light on many unknown things about tiger dispersal.