"Well, we should start by saying sorry for stealing your son's bike..." 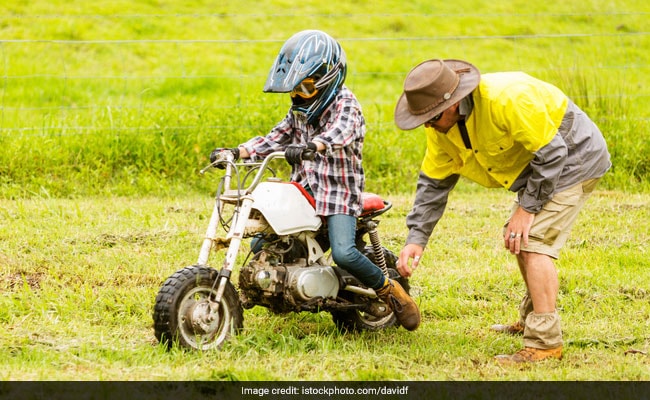 Two weeks ago, Mel Fisher from British Columbia took to Facebook after her boyfriend's child's bike was stolen from their house complex. Hoping to get some leads, she asked her Facebook friends to keep an eye out for the missing bike. And this is where Facebook came in.

"We think it went missing early this morning. Broke the lock we had on it. We recently got this bike and fixed it up so they could learn how to ride. It's old but runs perfectly for the kids. Please keep you eyes out for it," she wrote.


Days later, something remarkable happened. On her way out to grab some breakfast, Mel Fisher was surprised to see the stolen bike was back. In addition, the thieves topped up the fuel tank and even gave a new lock, living up to Canadian politeness. Along with it, a handwritten apology note glued on to the seat.

"Well we should start by saying sorry for stealing your son's bike. Although not an excuse, me and my friend figured it would belong to some teenager who had outgrown it. When we read your Facebook post, we immediately knew we had to take it back to him," it said.

They added, "We've bought him a new, more secure lock as the previous one was already broken. The keys are in with the bike. For the future take the keys inside with you. I know we aren't really in a place to give you advice but the heartbreak your son must have felt upon discovering his bike missing should never be relived... Ride on little man, you deserve it!"

The note was signed off as - "regretful teenagers who learned their lesson via restorative justice".

An ecstatic Mel Fisher went on Facebook again. This time with the good news about the return of the bike.

To the thieves who had a change of heart, she said, "Thank you for doing the right thing!!! You sound like good kids!! We forgive you and hope this taught you a lesson".