The adorable 14-day-old pygmy hippo was presented to the press at the Buin Zoo, in Chile. 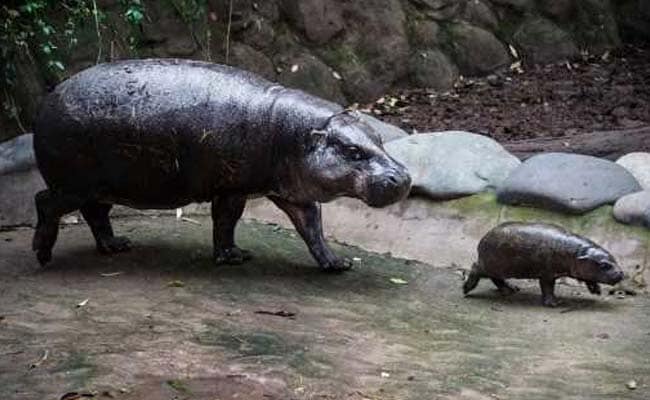 Santiago, Chile: Talk about a cute critter: a hippo small enough to fit in a pet cage.

Unveiled to the press Wednesday at a zoo in Chile, it is a two-week-old, female, baby pygmy hippopotamus, as yet unnamed.

The mother's name is Coca and dad goes by Hipolito. They weigh about 250 kilos (550 pounds) - a tenth the weight of regular, jumbo hippos. 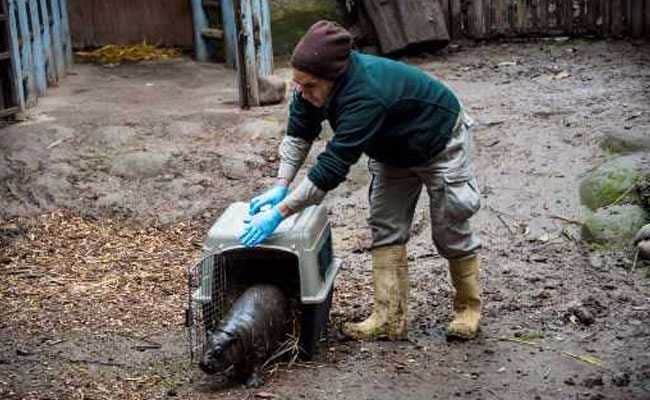 The baby now tips the scales at 14 kilos, nearly double its birth weight, and feeds only on its mother's milk.

From a species native to West Africa, it is the third pygmy hippo born at the Buin Zoo outside the Chilean capital since 2012.

When this one reaches the age of eight months it will be separated from its mother and sent to another zoo for breeding, as happened with its siblings.

Only four zoos in South America boast of having such animals, according to the Buin Zoo. It says there are only 400 in zoos around the world. 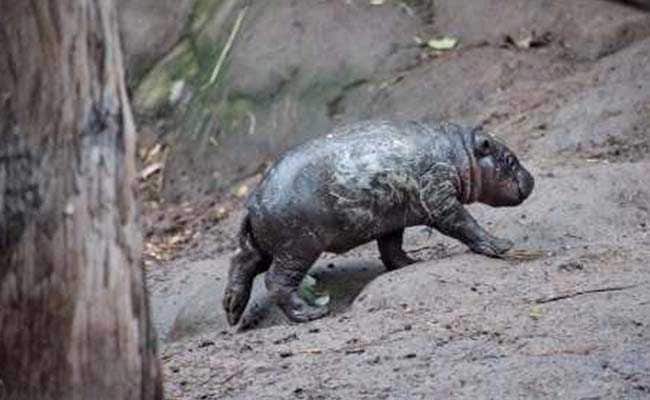 The 14-day-old pygmy hippo was presented to the press at the Buin Zoo, in Chile (AFP)

These little hippos are not endangered but they are listed on appendix two of the Convention on International Trade in Endangered Species of Wild Fauna and Flora, or CITES.

That means they are not necessarily threatened with extinction but trade in them must be controlled to ensure their survival.