Canadian Prime Minister Justin Trudeau and his family's steady stream of shiny, bright desi clothes has given Twitter a lot to talk about this week. We bring you the highlights. 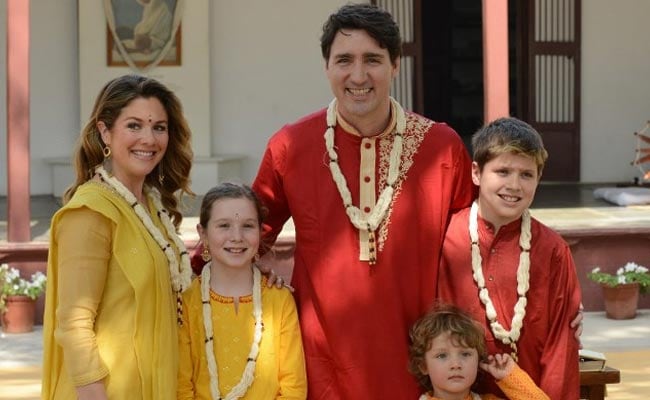 New Delhi: From impromptu bhangra dance moves and staged photo-ops in coordinated clothes, social media has been buzzing all week about the Trudeaus' India trip. Canadian Prime Minister Justin Trudeau, his wife Sophie Gregoire and their three children, Xavier, Ella-Grace, and Hadrien were photographed for the better part of last week in flamboyant Indian attire that turned Twitter into fashion police. We've complied (almost) all their most-talked about desi looks.

Speaking to the press on Friday, Mr Trudeau said he has "long been known to wear traditional clothes to a broad range of events in different communities in Canada and elsewhere." And it's true: the Canadian leader has been photographed wearing kurtas, sherwanisand even a veshti.

But Mr Trudeau's "razzle-dazzle" sherwanis - outfits traditionally worn on special occasions like weddings and festivals - received mixed reviews from Twitterati. As did the multiple photos of Canada's First Family with their hands firmly pressed in namastes.

The Trudeaus were spotted in Ahmedabad in coordinated red and yellow outfits. 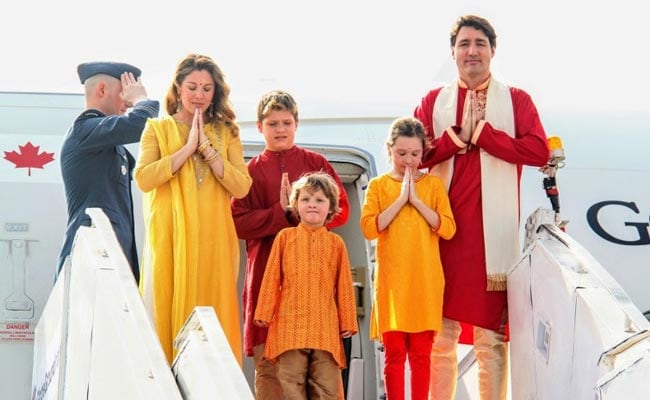 During their visit to Amritsar, where they even tried their hands at making rotis, the Trudeaus were dressed in more muted shades. 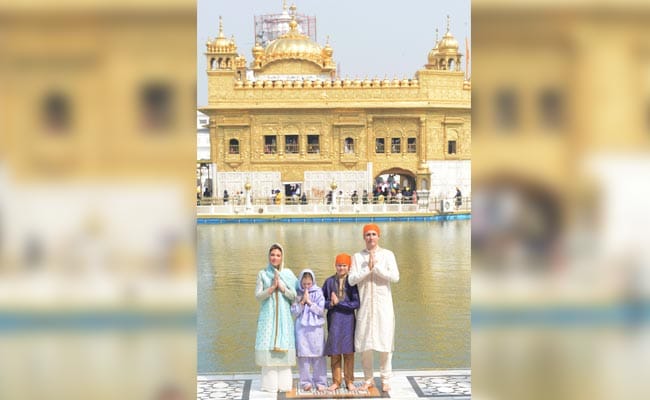 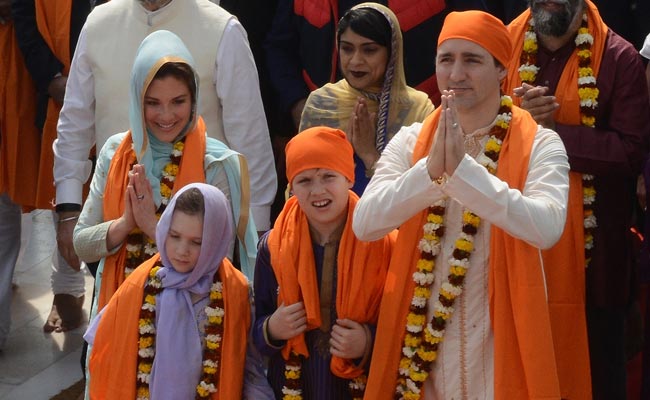 In Mumbai, Mr Trudeau out-blinged most of Bollywood with his gold sherwani. His wife opted for a champagne-gold sari complete with maang-tika and chandbali earrings. 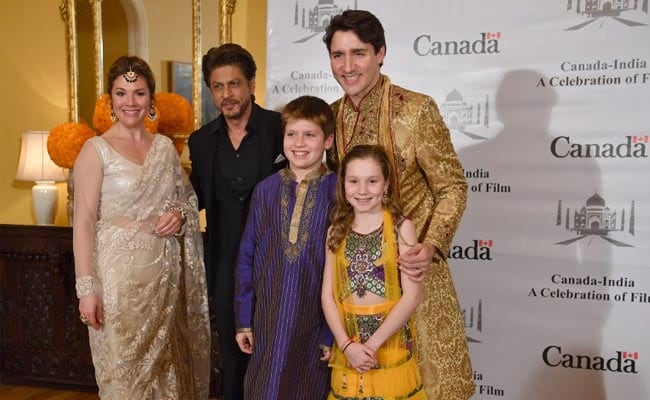 On Thursday, Mr Trudeau, dressed in a black sherwani, brought out his best bhangra moves at a dinner in Delhi.

Canadian PM @JustinTrudeau makes an entrance at the Canada house in New Delhi. Truly in the spirit of India. @DemocracyNewsLpic.twitter.com/ph19O7ysB4

Is it just me or is this choreographed cuteness all just a bit much now? Also FYI we Indians don't dress like this every day sir, not even in Bollywood. pic.twitter.com/xqAqfPnRoZ

But he wasn't the only one. Many panned the bright, Bollywood-esque clothes Mr Trudeau was spotted in.

Who's doing Trudeau on SNL this week? (ht @iowahawkblog) pic.twitter.com/vDuQ5lSYdb

Mr Trudeau,I notice that you are wearing Maanyavar clothes everywhere in India. Please be informed that they are only worn at weddings and functions like Garba!

Important questions to ask yourself before stepping out in traditional garb.
Are you of that culture?
Are you going to a wedding?
Are you married to someone of that culture and going to a festival?
If you answered NO to these questions, DON'T PLAY DRESS UP!#Cdnpoli#Trudeaupic.twitter.com/ZqGF8NmVjM

Landlord: I will give my flat for rent only to sanskaari families.

somehow there's always at least one foreigner at Indian weddings taking pictures with all the guests pic.twitter.com/RHN3OI1N2x

Promoted
Listen to the latest songs, only on JioSaavn.com
But many tweeted their appreciation for the Trudeaus' decision to wear traditional Indian clothes, calling it an attempt to pay tribute to Indian culture and customs.

Justin Trudeau won the hearts of millions #India with his family's choice of Indian clothes. Most of us loved it. Then, a cute photo op at the Taj Mahal.
Justin Trudeau comes across as an honest new-generation politician who embodies the best of young #Canada.#CanadaInIndia

Sir if they want to pay respects to the culture of our country why should one be disturbed. It's a moment they want to enjoy with India and that's it. https://t.co/BJDeZQAfFm

All those criticising @JustinTrudeau 4 making that extra effort 2 adopt Indian ways n clothes should really be ashamed of themselves. Here's a family who is making an effort 2 adopt a country they r visiting. How many of us do that? Well done Mr Trudeau n family. You r fabulous! https://t.co/oowJ3fEqXp

Absolutely love it. Shows the respect they have for the country they are visiting. We may not dress like this everyday but no harm in them doing this for a few days :)

I appreciate his desire to look so beautifully Indian. Mrs Trudeau looks even more stunning in that Saree. Lovely family. @JustinTrudeaupic.twitter.com/xgKXYxQGaD

I'm not sure what's all the fuss about. Obviously, someone else has created their wardrobe. They have trusted that advice and despite some of it being over the top, I think it's nice of them to wear it. In any case, I think they're all looking really good. Get over it.

"Choreographed cuteness" or much ado about nothing: what did you think of the Trudeaus' desi wardrobe? Let us know in the comments section below.Click for more trending news