'The Dress' Is Back: Twitter Can't Decide If This Bag Is Blue Or White 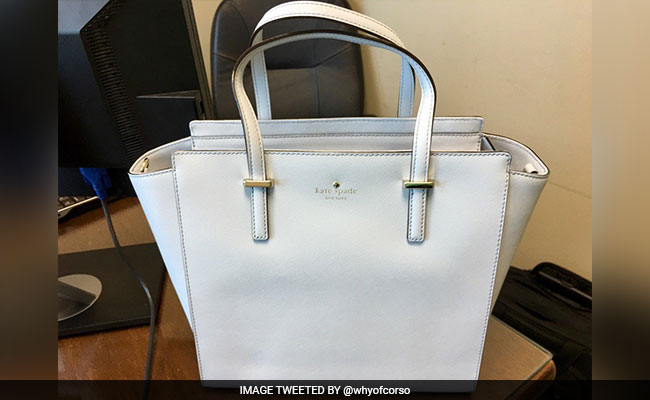 The blue or white debate is back and this time it's over a bag.

The Internet has done it again. Just when you thought you were sufficiently over "The Dress" (it's white and gold, no it's blue and black), here's another picture that is driving people crazy.

Yes people, the blue or white debate is back and this time it's over a bag.

The image was tweeted by @whyofcorso, who commented: "Everyone say hello to my new baby."

Everyone say hello to my new baby pic.twitter.com/0NyciiFmFf

"It's blue," came her reply and that's when all hell broke loose.

Since being posted, the picture has received over 380 retweets, more than 2,100 'likes' and lots of reactions.

Yes, The Bag is definitely here to addle our minds.

@whyofcorso this is def white

@whyofcorso how are people seeing blue

What do you think? Is this bag blue or white? Tell us in the comments section below.
Comments
The DressThe Dress debatedressgateTwitterreactionsillusionviral