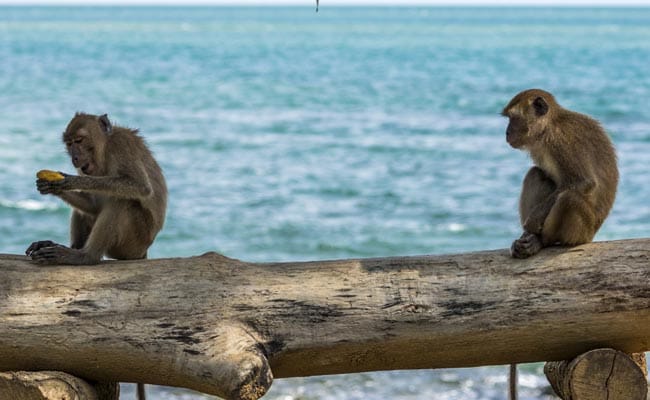 A cocktail comprised of two ZMapp antibodies, which are produced in tobacco leaves instead of mammalian cells, protected only two of three monkeys. (Istock Image)

Washington: Scientists have created a two-antibody cocktail that was able to cure monkeys infected with the deadly Ebola virus, revealed a new study.

The MIL77E cocktail was based on one of the most promising Ebola drugs, a three-antibody cocktail called ZMapp, which cured a number of foreign aid workers in West Africa during the latest and biggest Ebola outbreak, said the study published recently in the US journal Science Translational Medicine.

One reason they used two antibodies, instead of three as in the ZMapp cocktail, is that one antibody named 4G7 from ZMapp "has been hard to produce and the yield is quite low compared to the other two mAbs," said Mr Qiu, who co-developed the treatment with Chinese researchers.

Another reason is "the cost of treatment would be decreased if it worked," she said.

ZMapp was produced by US-based Mapp Biopharmaceutical Inc, but two of its three components were originally developed at the National Microbiology Laboratory, and the third at the US Army Medical Research Institute of Infectious Diseases.

In the new study, Mr Qiu and colleagues produced 13C6 and 2G4 in modified Chinese hamster ovary cells and found that the two-antibody cocktail protected all three monkeys three days after infection with the Ebola virus.

However, a similar cocktail comprised of two ZMapp antibodies, which are produced in tobacco leaves instead of mammalian cells, protected only two of three monkeys.

"This finding is very exciting," Qiu said, given that ZMapp is only effective to Zaire Ebola, one of five species.

"It has the potential to include an additional monoclonal antibody against another Ebola virus strain, providing a broader coverage against outbreak strains," she said.

Currently, there are no licensed therapies against the Ebola virus.