"My first interaction with the legacy city," wrote Ratan Tata. 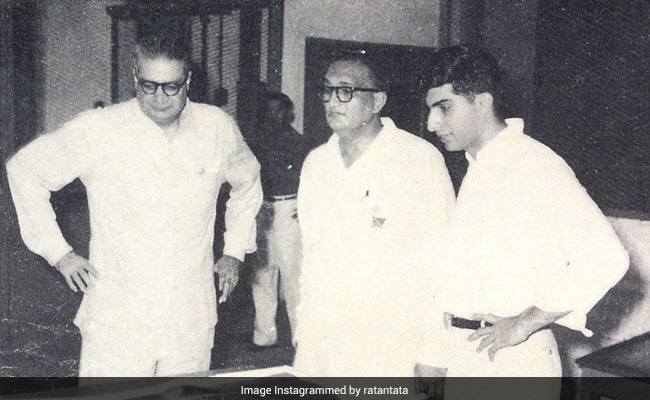 A throwback photo shared by Ratan Tata on Instagram.

In an Instagram post shared this evening, Ratan Tata remembered his first visit to the city named after one of his ancestors and the founder of the Tata Group - Jamsetji Nusserwanji Tata. Mr Tata, Chairman Emeritus of Tata Sons, also shared two black and white throwback pictures in his post recalling his first visit to Jamshedpur.

One of India's first planned cities, Jamshedpur in Jharkhand began as a village known as Sakchi. It was selected by Jamsetji Tata as the location of his steel plant - and in 1919 Lord Chelmsford renamed it Jamshedpur in his honour.

"When the earliest settlers arrived in what was then Sakchi in 1908, they were lured by the idea of making a home in a city yet to be created. The idea of present-day Jamshedpur started of course with the setting up of the Tata Steel Plant," writes the Tata Group on its website. "Moneylenders, artisans, young men, and women looking to start a new life moved here, invited by the company to be a part of this dream that Jamsetji Nusserwanji Tata had seen and his successors Sir Dorabji, Sir Ratan and RD Tata would turn into a reality."

In his post, Ratan Tata remembered his first visit to Jamshedpur when he was on holiday during college - much before he started working at Tata Steel. "I remember the first time I ever visited Jamshedpur, when I was on holiday from college. Mr. R. G. Da Costa and Mr. J. D. Chokshi invited me to visit the Telco plant and have a walk around the plant," wrote Mr Tata, 82.

Calling it his "first interaction with the legacy city", he added that the visit took place before he began working on the Tata Steel floor.

I remember the first time I ever visited Jamshedpur, when I was on holiday from college. Mr. R. G. Da Costa and Mr. J. D. Chokshi invited me to visit the Telco plant and have a walk around the plant. This trip was much before I started working on the Tata Steel floor, my first interaction with the legacy city of Jamshedpur.

Mr Tata's post has collected over 1.3 lakh 'likes' and hundreds of comments.

Ratan Tata often shares old pictures on Instagram, which he joined in October last year after a long absence from public life. In January, his throwback photo from his days in Los Angeles had become a viral hit on social media.