"Here is a throwback from my days in LA," wrote Ratan Tata. 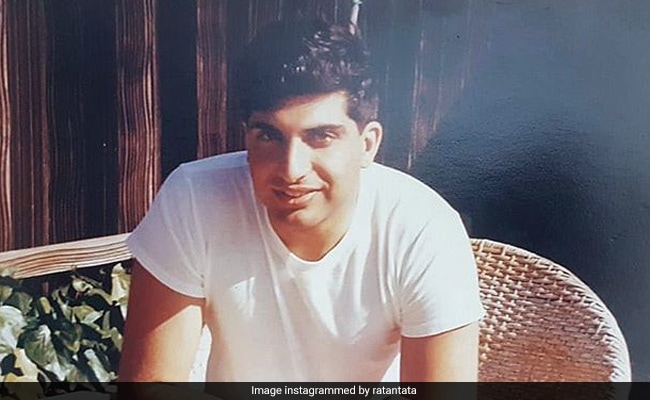 Ratan Tata, who joined Instagram less than three months ago after a long hiatus from public life, seems to be learning the ways of social media. This morning, the 82-year-old Chairman Emeritus of the Tata Group took to Instagram to share a #ThrowbackThursday picture from his days in Los Angeles. In the caption, he explained that he would have posted the picture yesterday - but for the fact that someone told him about "'throwbacks' and how they occur on Thursdays."

"I was going to post this yesterday, but I was then told about 'throwbacks' and how they occur on Thursdays," wrote Ratan Tata, sharing an old picture that shows him in a white T-shirt, smiling for the camera.

He also explained that the picture was clicked in Los Angeles, before he "happily" returned to India. Mr Tata worked briefly with Jones and Emmons in Los Angeles before coming back to India in late 1962, according to CNBC.

"So here is a throwback from my days in LA, not long before I happily returned to India," he wrote.

I was going to post this yesterday, but I was then told about “throwbacks” and how they occur on Thursdays. So here is a throwback from my days in LA, not long before I happily returned to India. #throwbackthursday

Within an hour of being shared, the throwback picture has earned Mr Tata thousands of compliments. It has also been 'liked' over 1 lakh times on the photo and video-sharing platform.

"Thank you sir that you did return to India," wrote one person in the comments section.

"Dashing since forever, sir!" said another.

In November, Mr Tata had treated his followers to another throwback picture.

It is overwhelming how quickly time passes. Be it the struggles of yesterday or the good days close to heart, everything seems to have happened not very long ago. I look at the years since this picture at Cornell, and I'm heartened by the richness of experiences, opportunities and lessons I have learnt. Life should be full of these, because the years can truly be elusive. #tbteveryday

Ratan Tata had joined Instagram on October 30 last year, writing: "After a long absence from public life, I look forward to exchanging stories and creating something special with such a diverse community!"