Pradhyuman From Netflix's 'Indian Matchmaking' Addresses Questions On His Sexuality

"80 hours of filming had been condensed into a 60-minute, predetermined edited storyline," says Pradhyuman Maloo, who starred in 'Indian Matchmaking'. 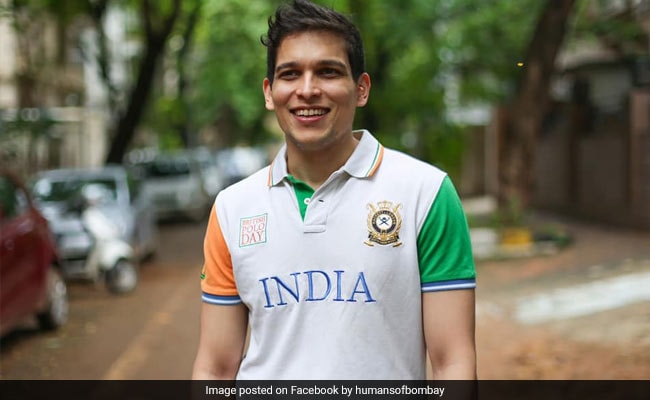 When Indian Matchmaking aired on Netflix, the Internet immediately exploded with theories, questions and memes about its participants. The show followed Sima Taparia, a matchmaker from Mumbai, as she tried to find matches for her clients - one of them being Pradhyuman Maloo. Pradhyuman, a jewellery designer from Mumbai, has now opened up about his experience of participating in Indian Matchmaking and how the Netflix show raised questions about his sexuality in an interview with 'Humans of Bombay'.

In the interview, Pradhyuman also spoke about watching his mother navigate the the male-dominated business of jewellery, the "predetermined" storyline of the show and the mockery that the LGBTQ community has been subjected to.

On the show, Pradhyuman was depicted as the South Bombay man who rejected a string of proposals and was completely at ease in the kitchen, whipping up nitrogen fox nuts and fancy drinks with ease. In his interview, he has hinted - like other contestants before him - that his character on the show was given an unfair representation.

"When I received a call from Netflix about a new matchmaking show that highlighted Indian culture, I took a leap of faith and agreed," says Pradhyuman. "I thought it would be a different experience. But 80 hours of filming had been condensed into a 60-minute, predetermined edited storyline, which ignited thousands of comments and debates across the internet."

The jewellery designer adds that he saw himself trending on Twitter, where "unsolicited comments assumed I was gay or bisexual, and urged me to come out of the closet."

He goes on to assert: "I'm straight, but I am being stereotyped due to a deep seeded mindset of Indian society... As a society we have belittled the LGBTQ community by using them as a tool of mockery."

Pradhyuman Maloo concludes his interview by questioning the stereotypes of masculinity and asking: "Can men not be beautiful?"

The interview has collected over 16,000 reactions and more than 5,000 comments on Facebook.

"The show did not appeal to me but you were probably the only good element in it and I'm shocked to see that you were judged by the audience on your sexuality rather than your talent and creative instincts," wrote one Facebook user.

"I don't think he was ridiculed for being a jewellery designer or taking an interest in cooking. The criticism was for his approach towards women," another countered.

Indian Matchmaking made overnight stars of its lead characters, but was also criticised by a section of the Internet for its depiction of arranged marriages, colourism and sexism.