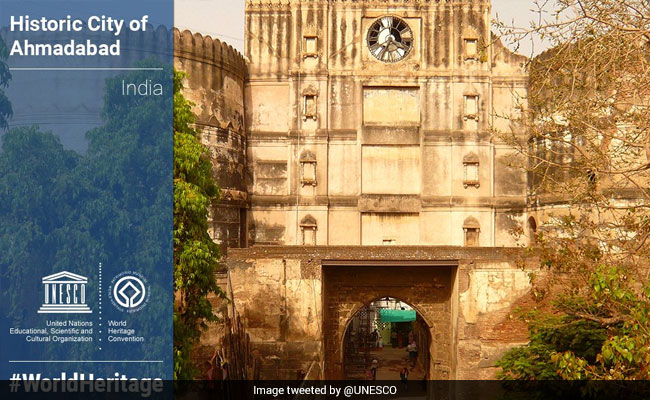 Prime Minister Narendra Modi called Ahmedabad's inclusion in UNESCO's list of world heritage cities a matter of 'immense joy for India' in a tweet written about 4 hours ago.

A matter of immense joy for India! https://t.co/qtCOxm8Kga

UNESCO declared Ahmedabad a world heritage city - the first of its kind in India - last night.

Among those who expressed delight at its inclusion were Gujarat Chief Minister Vijay Rupani and BJP president Amit Shah.

Delighted to know that @UNESCO has declared Ahmedabad as World Heritage City. Proud moment for every Indian. #WorldHeritageAhmedabadhttps://t.co/rmWTr4sSBm

Thrilled to learn that Ahmedabad has been recognised as a UNESCO #WorldHeritage city, first of its kind in India. https://t.co/cU5dkmumnK

The walled city of Ahmedabad, believed to be founded by Ahmed Shah some six hundred years earlier, has 26 ASI-protected structures, hundreds of 'pols' that capture the essence of community living, and numerous sites associated with Mahatma Gandhi who lived in the city from 1915 to 1930.

Promoted
Listen to the latest songs, only on JioSaavn.com
It now joins the ranks of the Vatican City, Venice, Istanbul, Amsterdam, Bordeaux and Berlin, among others, as a world heritage city.